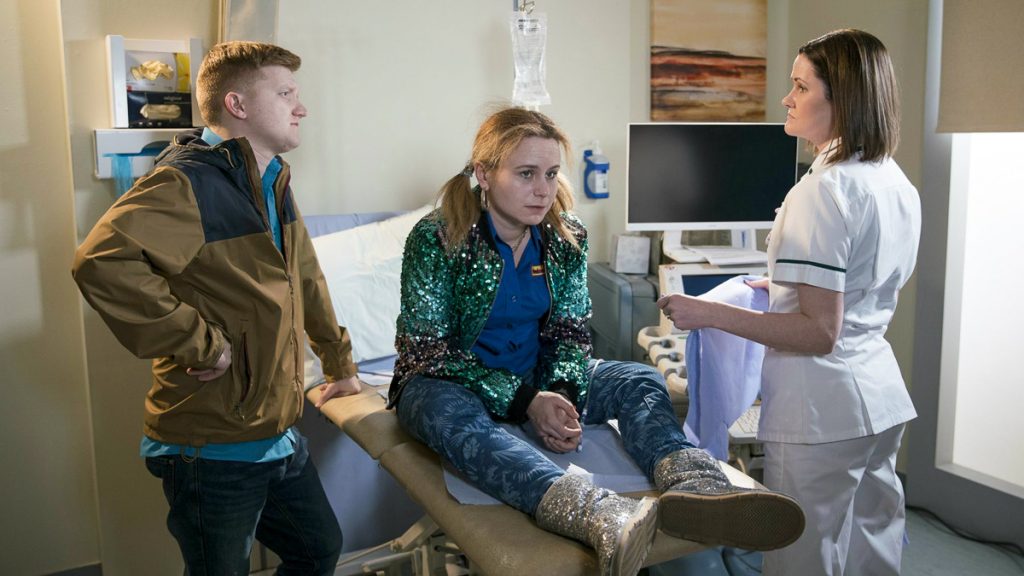 Coronation Street spoilers tease that while Gemma Winter (Dolly Rose Campbell) has certainly had an eventful pregnancy thus far, it looks like she’s seen nothing yet.

As a matter of fact, the young mother-to-be will be left quite worried when she gets stuck in a turnstile, fearing that she might be endangering the lives of her four children growing inside of her. Here’s what you need to know!

Gemma Winter has not had a very easy pregnancy. She’s had to work back-to-back jobs and take on multiple shifts in order to make ends meet. Both she and her partner Chesney Brown (Sam Aston) are worried about how they are going to financially support their new family of six when the quadruplets arrive.

If that weren’t enough, Gemma surely endured more stress than she had to with her mother’s surprise visit. All Bernie Winters (Jane Hazelgrove) wants to do is making money off of her future grandchildren in one way or another. In fact, she’s the one who has been pressuring Gemma to take all of the PR deals that have come her way, as she sees her pregnancy as an opportunity for them to make quick cash.

The doctors, meanwhile, haven’t made things easier on her, too as there’s a possibility that one of her babies might be not be growing at the same rate as his or her siblings. Rather than relax and focus on her health, Gemma has been getting hit with one devastating surprise after another.

Coronation Street spoilers now indicate that after she managed to snag free VIP tickets to County’s match, Gemma will be left mortified when she will find herself stuck in a turnstile. What was supposed to be a relaxing afternoon with Chesney turned out to be an incredibly stressful one for them?

Thankfully, Gemma will manage to get herself out but that won’t stop Chesney from worrying about the couple’s unborn children. Panicked and worried, he will insist to Gemma that she go to the hospital as fast as possible to make sure that their babies are safe. Fans will have to tune in to find out what will happen next!

Days of Our Lives Spoilers: Dr. Rolf Makes A Special Delivery to Eric, But Nicole Intercepts