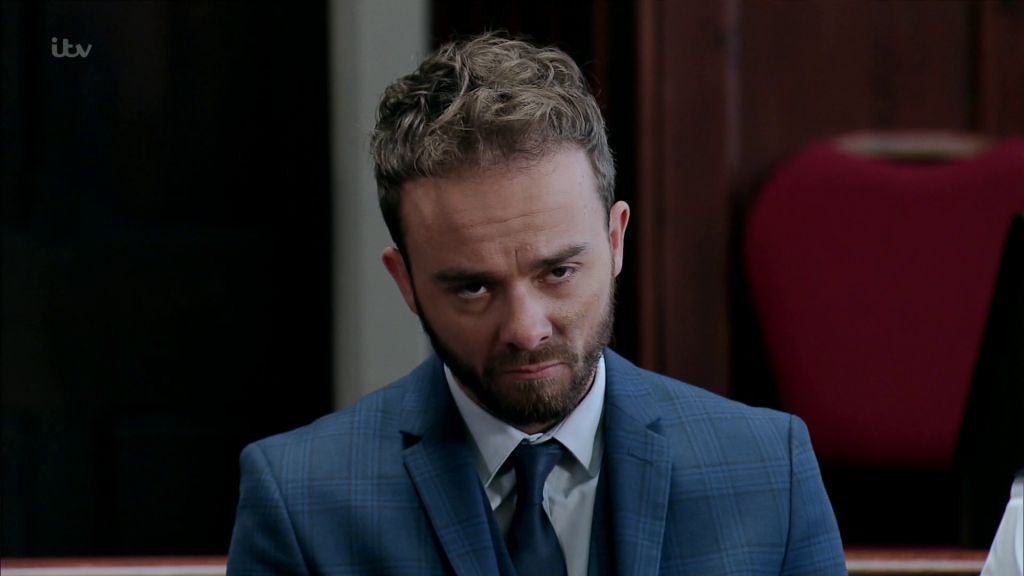 Viewers may already know that Ryan Clayton is due to come back to “Coronation Street” later this year once David Platt (Jack P Shepherd) finally faces his rapist, who’s in jail for doing what he did to him to someone else. Clayton bares all on what it felt like to return to the show.

He said that putting the setting in prison was brilliant because it helped him get into his role. He revealed that some scenes were challenging.

He explained, “it was all fight co-ordination and very physical work all day, but it was really good to get myself into the mindset of being in the prison.”

“Working with Jack again was good fun, there’s huge stakes so filming some scenes felt like it was one hundred miles an hour,” he added. Clayton said the scenes he shared with him were some of his favorite scenes.

The actor revealed that he was in the cinema watching “Manchester City” when he received an email through his agent that he was being asked back to “Coronation Street.”

“It did feel like it came back to me quicker than I thought and particularly with the scenes with only Josh and David in because they were so well written,” he said.

Coronation Street Spoilers: Jade Is Cooking Up Something Sinister – Is Evelyn First On Her Hit List?

What do you think Jade is up to? #CoronationStreet #Corriehttps://t.co/12qr8F16WD

Viewers may recall that Josh raped David Platt last year and he is currently incarcerated for a similar crime. Their encounter starts when David goes to the jail’s medical wing to get some medicines only to find Josh lying in a hospital bed bloodied and bruised. David makes a brief eye contact with him before he returns to his cell.

David turns to Abe, who informs him that Josh is in for drugging and rape. Shocked at what he heard, David reveals to Abe that he raped him too.

According to rumors, Josh will be stabbed in jail and David will be the prime suspect. Dramatic scenes are set to happen in prison that will put Josh’s life at risk. Will David try to kill Josh? Or does someone else hold a grudge against him?

Shepherd said, “That’s the beauty of it with the Platts.” With David’s violent past and being a Platt, that means he could easily snap and go psycho.