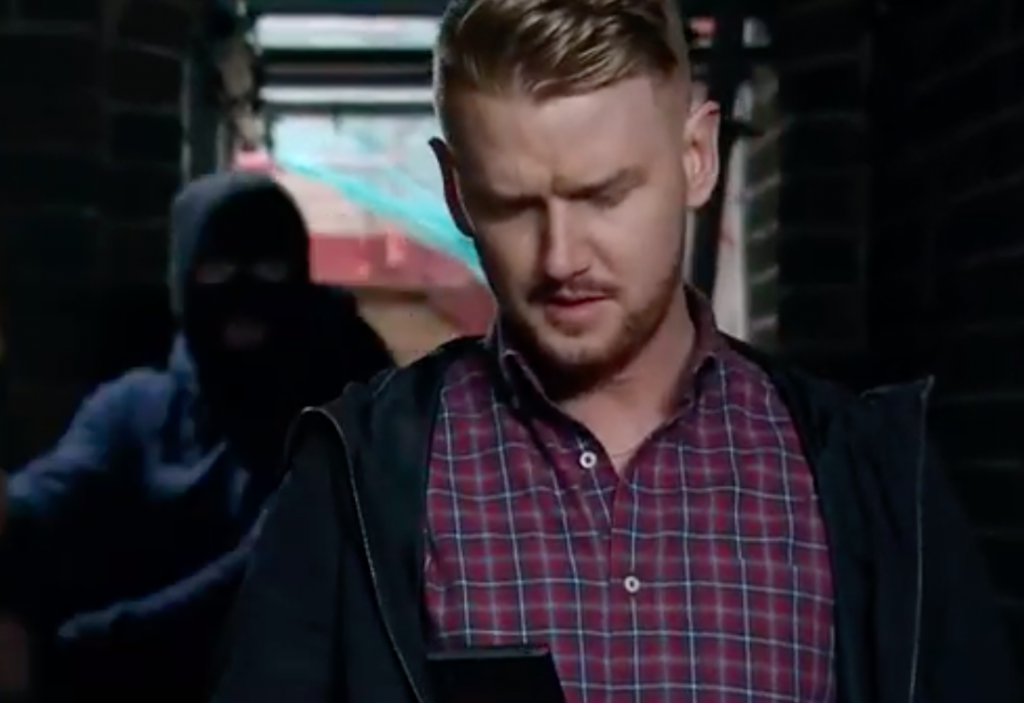 Coronation Street spoilers for Wednesday, June 12th finds that Gary Windass (Mikey North) will need to watch his back, and quite literally, too. That’s because Rick Neelan (Gary Wood) is looking to get rid of him once and for all. Here’s what you need to know.

Coronation Street Spoilers: Gary Windass Will Need To Watch His Back

Gary finds himself in hot water once again as he faces off with Rick, who is making it pretty clear that he’s not the kind of person who is willing to forgive and forget. The last time Rick was in Weatherfield was back in 2012, but since he’s been back he’s been nothing but trouble for Gary. He recently cleaned out Gary’s office and took all of his equipment, leaving him with nothing to work with.

Luckily, Bethany Platt (Lucy Fallon) will notice Rick on the street looking for Gary while Sarah Connor (Tina O’Brien) takes a picture of him to warn Gary. Sarah, meanwhile, hasn’t been home in awhile. Gary is now increasingly concerned and also asks Bethany to help track everyone down.

When they find out that Sarah is at a nearby hotel, both Gary and Bethany make their way there in hopes that they find her. They believe that Rick has abducted her, but instead Sarah is actually at the hotel with Adam Barlow (Sam Robertson).

TONIGHT at 7.30 & 8.30PM
Sarah confides in Adam that she's struggling to keep the factory afloat.

Can he find a way to help her? #Corrie pic.twitter.com/CiPHrMsfrT

When Gary arrives at the hotel, he shows a bellboy a picture of Sarah. The bellboy describes a tall and dark man that he saw with the young woman. Gary then calls Rick and begins to hurl accusations at him. Seeing that he can easily trap Gary, Rick gives him a location and asks him to meet him there if he ever wants to see Sarah again. Gary then heads off to a woodland to look for a shallow grave.

Coronation Street spoilers tease that Gary might soon find himself fighting for his life. That is, if Rick gets his way. The two will square off, but unfortunately for Gary he will struggle to fight Rick, who is much bigger and stronger than he is. Of course, fans will have to tune in to find out what will happen next!