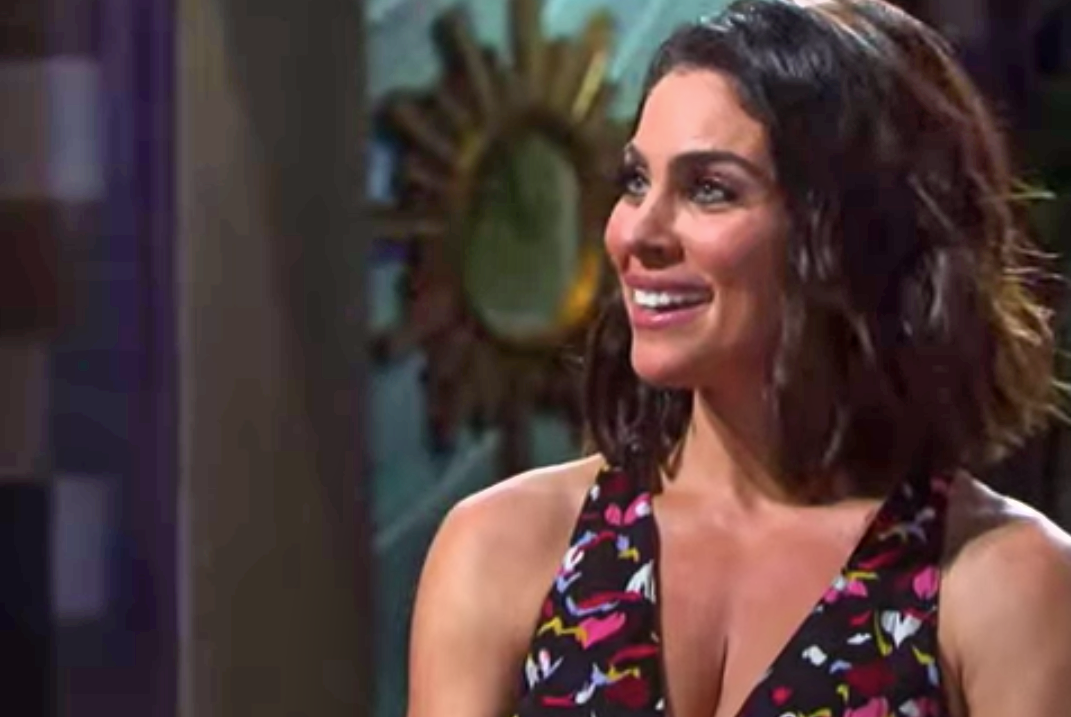 Days of Our Lives spoilers tease that an unexpected coupling will begin to happen starting Wednesday on Days of Our Lives: Chloe Lane (Nadia Bjorlin) and Rex Brady (Kyle Lowder) start growing closer! Well, so much for Rex staying true to Sarah Horton (Linsey Godfrey) and Chloe had better watch out, she might be jumping from the frying pan into the fire!

The Days of Our Lives summer promo talks of four weddings and an engagement, and Chloe’s shown flashing a huge diamond; so will Rex and Chloe be engaged by the end of the summer, or maybe even married?

The wording implies the engagement doesn’t result in a marriage, so Rex and Chloe might just be that ill-fated couple, and it’s bound to be Rex’s fault; it seems like he’s a serial cheater! It’s a pity that Dr. Wilhelm Rolf (William Utay) doesn’t have a faithfulness serum someone could give to Rex!

Days Of Our Lives Star Bryan Dattilo Gets Into An Accident!

Then again, maybe Rex just hasn’t really found Ms. Right yet and tries to make the women he gets involved with into Ms. Right and then when he starts to realize they’re not, he looks for another woman. It could be a subconscious thing he’s not even aware of and so he sabotages every romantic relationship he gets into!

Sounds like it’s time for a consult with Dr. Marlena Evans (Deidre Hall)! Rex also displayed psychotic tendencies and mood swings years ago (during the Salem Stalker storyline) and his birth and upbringing were – let’s say, unusual. So, as Marlena might say, his serial sabotaging of his romantic relationships could be caused by nurture more than nature!

Rex and his twin sister Cassie Brady (Alexis Thorpe) were basically, in modern-day language, test tube babies and Kate Roberts (Lauren Koslow) was the mother, but didn’t carry the twins in a pregnancy. This is not to say that Kate would have been such a terrible mother when Rex and his sister were growing up, but not much was revealed of their childhood by DOOL writers aside from their being found half-naked during a meteor shower and assumed to be aliens!

DOO Spoilers: Stefano DiMera May Be The Reason Rex Brady Has Problems In Relationships

Stefano DiMera (Joe Mascolo) had taken sperm from Roman Brady (Josh Taylor) and eggs from Kate and genetically engineered Rex and Cassie, and shortly afterward Kate was “killed” and wound up on the island of Melaswen, with many other presumed dead Salemites. So it sounds like Rex didn’t get a lot of nurture or motherly love and that might be what’s hampering him and causing him to sabotage his relationships.

So will Chloe and Rex get engaged and then break up, or will they get married by the end of the summer?