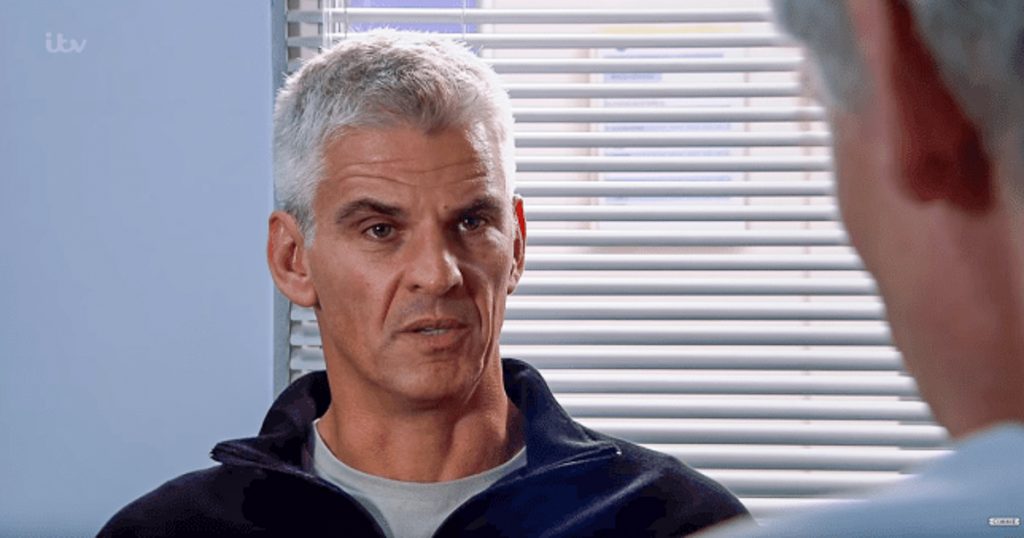 Next week on “Coronation Street,” the police take Robert Preston (Tristan Gemmill) in for questioning over allegations that he had something to do with Vicky Jefferies’ (Kerri Quinn) sudden disappearance. The latter will be feared dead and Robert will be a person of interest after Tyler Jefferies (Will Barnett) accuses him of doing away with his mother, Vicky.

Vicky will go missing after having an argument with Robert and things become more serious when the police get involved. It all starts when she comes uninvited at Robert’s pre-wedding celebration at the Bistro and threatens to take him for every penny he has.

Hearing about Vicky’s threats, Michelle Connor (Kym Marsh) then coax her businessman fiancé to sign the Bistro over to her, telling him that it’s the best way to protect his assets. She then orders him to go to Vicky and let her know that she’s not welcome at his upcoming wedding ceremony. Things heat up quickly and one of Vicky’s neighbors overhear a huge crash as they argue and then silence.

It remains to be seen what really happened between the two but viewers will see Robert goes home and assures Michelle that Vicky won’t show up at the wedding.

During his wedding day, Vicky’s son Tyler interrupts the ceremony and accuses Robert as the culprit behind his mother’s disappearance. The allegation bothers Michelle, recalling how confident Robert was when he said that Vicky won’t be at the wedding.

The police then appear to question Robert, who then confronts Tyler if he was the one who involved the authorities. He then tries to assure him that he won’t do anything to harm Vicky and their unborn child. Will he be able to prove his innocence?

Meanwhile, the police will also talk to Michelle and question her about his violent past. The same goes for Carla, who’s been asked to come down to the office where she’ll confirm Robert’s violent tendencies, which was supported by the incident with Richie Richie O’Driscoll (James Midgley).

Michelle was left devastated after she discovered Robert’s affair. Since then, she’s been plotting her revenge plan. With the sudden twist of events, will Michelle stand by her man or will she let the police get her finance for murder?

The Bold and the Beautiful Spoilers: Ridge Wants Brooke To Open Her Eyes – Hypocritical Behavior No Longer Tolerated