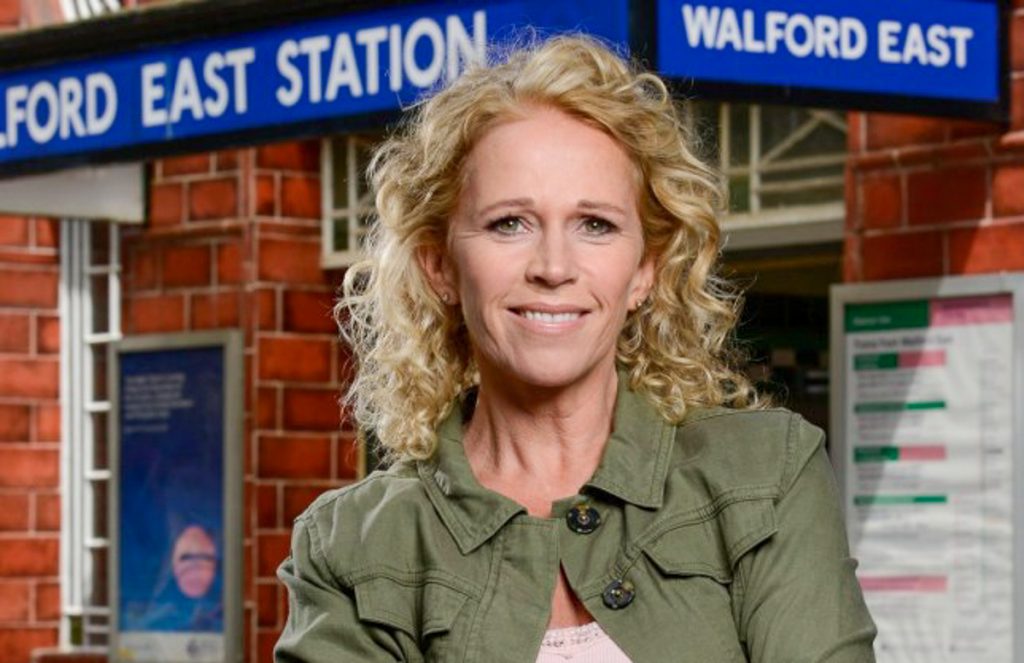 In the upcoming scenes on “EastEnders,” Lisa Fowler (Lucy Benjamin) will be faced with a huge decision as Louise Mitchell (Tilly Keeper) baby suffers a health scare. She’ll be torn whether or not she should tell her daughter that Keanu Taylor (Danny Walters), the father of her child, is also the father of Sharon Mitchell’s (Letitia Dean) unborn baby.

Lisa, who’s still grieving the death of Mel Owen (Tamzin Outhwaite), threatens to tell Phil Mitchell (Steve McFadden) about Sharon and Keanu’s secret to avenge her friend and to protect her daughter. Lisa discovered Sharon’s secret before Mel’s death but during that time, she didn’t know that it was Keanu’s.

However, she eventually finds out the truth and is determined to tell Louise everything. After learning that her daughter is in the hospital, she rushes off immediately, all set to reveal Sharon’s secret. However, her plans came crashing down when she learned that Louise just gave birth to a baby girl.

She meets her granddaughter, Peggy, and Lisa is overcome with joy. Lisa still wants to protect her daughter but is now left confused if telling the truth will be for the best interest of her family. She goes out to catch some fresh air. When she gets back into the ward, once again determined to tell the truth, she finds out that Peggy isn’t breathing.

Doctors and nurses rush to help the baby and much to everyone’s relief, her condition stabilizes eventually. Lisa watches Keanu and Louise see their child in the intensive care unit, feeling torn as to what she needs to do next. Will she tell the truth and risk ruining her daughter’s happiness and family?

It’s already been revealed that Phil is bound to learn about Sharon and Keanu’s affair and that the latter is the father of the child she’s carrying.

The EastEnders Christmas 2019 synopsis teased that Phil will discover the truth. The synopsis says “secrets and lies are set to explode in Walford” will leave more than one family “torn apart forever”.

Details as to what and how Phil will learn the truth are being kept under a tight lid. So, viewers have to tune in to find out what happens next.