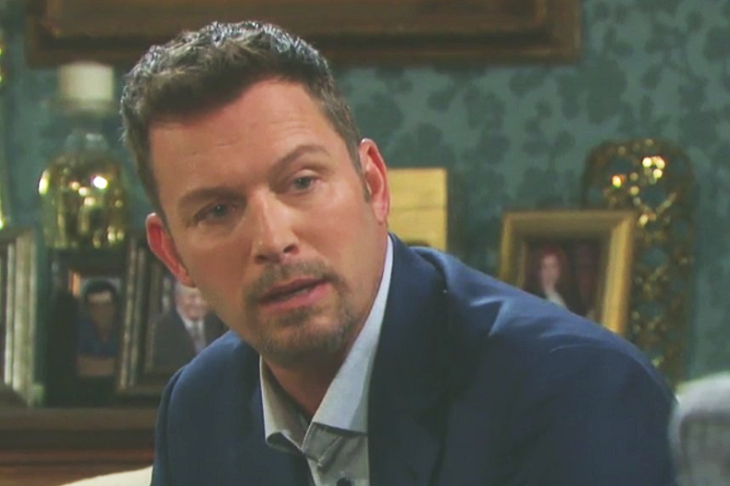 We’ve got great news for Eric Marstolf (Brady Black) fans! That’s because the handsome Days of Our Lives star has just booked an exciting role and we’ve got all the details. Here’s what you need to know.

According to new reports, Eric will be hosting a new podcast that is called For Dummies: The Podcast. Sounds intriguing, doesn’t it? It will be a weekly podcast that will explore the different titles in the series.

We are sure that at one point our readers have picked up at least one ‘Dummies’ book from the series. They have been a huge hit at bookstores for the last two decades now.

In addition to his work on Days of Our Lives, Eric has also starred in The Bay, Extant, The Other Hef, Acting Dead, and Miss Behave. He also had a guest appearance on Rizzoli & Isles and played Ethan Winthrop on the hit daytime television show Passions from 2002 to 2008. Eric Martsolf is an actor that sure likes to keep busy!

And while Eric might be very busy juggling a few projects at once this summer, it looks like his character on Days of Our Lives will be dealing with a lot of drama in the coming weeks! That’s because he has no idea that Nicole Walker (Arianne Zucker) isn’t the person that she says she is.

As a matter of fact, it was recently revealed that Nicole is actually Kristen DiMera (Stacy Haiduk). She is hoping that by pretending to be Nicole, she get closer to Brady Black.

Days Of Our Lives News: Brady Black In Love With Nicole Walker

However, Brady is head over heels in love with Nicole and wants to be with her. He won’t be too pleased when he finds out that Nicole isn’t the woman she says that she is. To say that things are going to be messy is quite right!

We have a feeling that the drama has only gotten started on Days of Our Lives. Hang on to your seats folks, because it’s about to become one wild ride. Needless to say, fans will simply have to tune in to find out what will happen next!