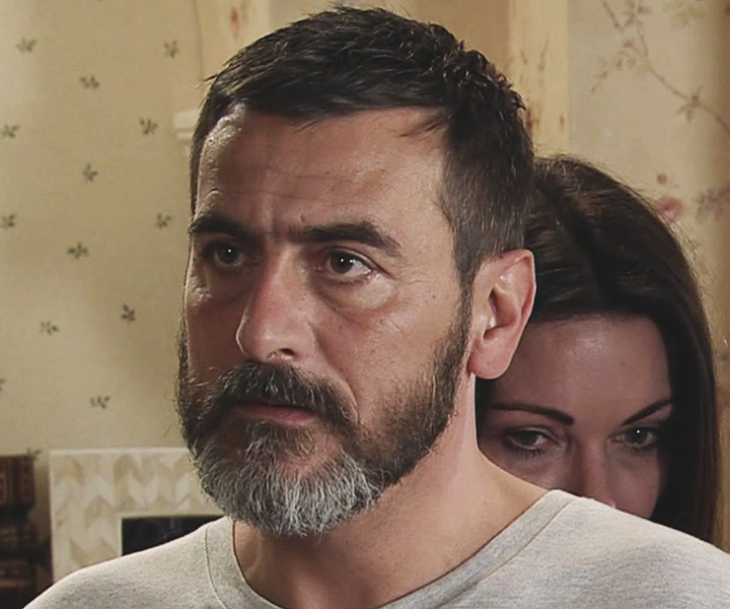 Say it isn’t so! There are new reports that indicate Carla Connor (Allison King) and Peter Barlow (Chris Gascoyne) might be leaving the cobbles very soon.

As fans already know, Carla has been suffering from a major mental breakdown and is in desperate need of some help before things continue to spiral out of control for her. Here’s what you need to know.

Ever since the devastating Underworld roof collapse happened, Carla has been blaming herself for the accident. Even though the person behind the roof collapse has not been revealed, Carla has had a hard time getting her life back together again after her psychotic breakdown.

TONIGHT at 9PM
This heartbreaking instalment of Coronation Street follows Carla as she suffers a severe psychotic episode.

However, the one person who has remained by her side has been Peter Barlow (Chris Gascoyne). He’s even helped find her a new apartment and saved her from a potential fall after she climbed up a fire escape after thinking that a mysterious woman was Hayley Cropper. Clearly, Carla’s hallucinations have been getting the best of her.

Coronation Street spoilers now indicate that Carla and Peter will be leaving Weatherfield together. Carla will be leaving her friends and family behind to receive the specialist medical treatment that she desperately needs following her psychotic breakdown. Her paranoia has reached worrying heights and has also put her life in danger.

Actor Chris Gascoyne recently opened up about the storyline in an interview with London’s Radio Times.

“ Ali (King) has been amazing and very aware of the fact people are going through this in real life,” Gascoyne said. “She has really felt that responsibility – we are all mindful of that when we portray something so serious and real. It is important to get it right.”

Peter will be told that there is a place for his partner at a mental health unit in Carlisle. During the Monday, June 3 episode of Coronation Street, he will decide to accompany Carla so he can oversee her recovery. Thankfully, they will be joined by his son Simon Barlow (Alex Bain).

And while Peter has gone through his own struggles in the past (including a relapse after managing to stay away from alcohol for years), it will be interesting to see if he will be able to muster up enough strength to help Carla during this major crisis in her life. Needless to say, fans will have to tune in to find out what’s in store next!