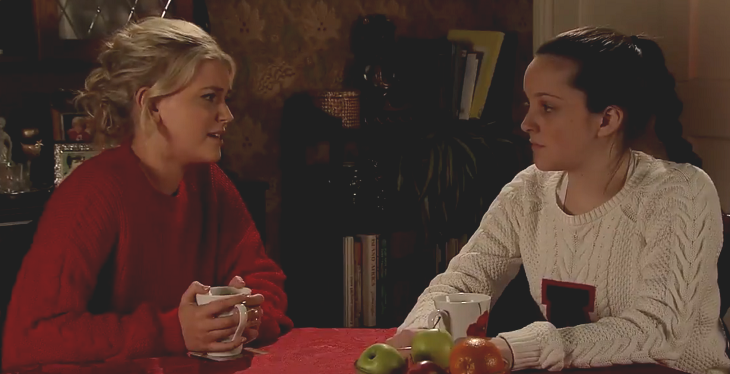 The pressure of teen pregnancy has taken its toll on Amy Barlow on Coronation Street. A lot of things have happened in the past few weeks since her parents found out that she was carrying Tyler’s child. There were plans to take her out of town, Tyler’s mom wanting to be part of Amy’s pregnancy, Tracy bribing Tyler and then threatening to report him to the police for sexual assault. The 14-year-old mom to be is confused and nobody seems to care what she wants.

In previous episodes, viewers may recall Amy was questioned by the police about Tyler. Although the local police officers tried to explain to her that what Tyler did was against the law since she was underage, Amy insisted that they had consensual sex.

Her mom, Tracy, eventually confessed that she offered £5,000 just so Tyler would stay away from Amy and her unborn child. She was furious at her parents and stormed out of the police station.

As Tracy and Steve searched desperately for their daughter, Amy was in Victoria Gardens talking to Tyler. He said that he wanted nothing to do with the baby and told her: “Forget me. This is about what you want.” Worried and confused, Amy rushed to Bethany and told her that she scheduled to have her pregnancy terminated the following day. Tracy and Steve, who planned to adopt her baby after birth, had no clue about her plan. 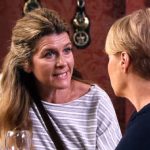 Coronation Street Spoilers Has Amy Had An Abortion?

The following week, Amy got nervous after Tracy handed her a letter for her next scan. Meanwhile, Steve is excited since the baby’s sex will be revealed at the upcoming hospital appointment. But, something else is going on in Amy’s mind. She’s trying to find ways not to go to the next scan.

#Corrie #CoronationStreet Spoilers: Vicky May Have A Hidden Agenda As She Tries To Befriend Amy @celebratesoaps https://t.co/OL1k9bLwvZ

She sees Bethany at the salon and the latter tells her to let her parents know what’s really going on. When the time for the scan comes, Amy refuses to go and locks herself in her bedroom. Did Amy go through with the abortion? Why doesn’t she want to go to her appointment?

Young and the Restless Spoilers: Why Has Thad Luckinbill Returned to Y&R – What Does J.T. Photo Mean?