Young and the Restless Spoilers: Why Has Thad Luckinbill Returned to Y&R – What Does J.T. Photo Mean? 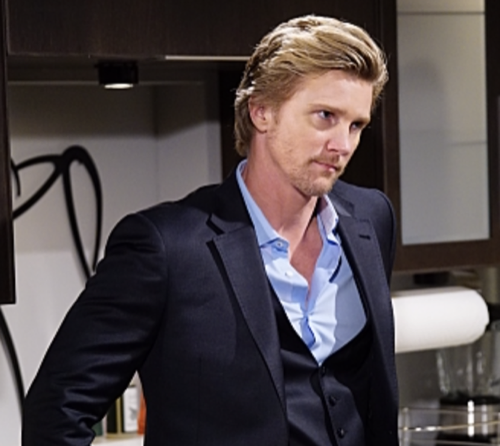 ‘Young and the Restless’ posts a photo on social media that shows Thad Luckinbill (J.T. Hellstrom) holding a cup of coffee at the Crimson Lights set. So what does that mean regarding the current storyline that involves his apparently dead character?

Y&R surely wanted to provoke buzz, which is smart. The implication is that Luckinbill is back with the cast and recording scenes. If that proves true a number of scenarios could prove true.

Assume that J.T. either revived and saved himself after being thrown in a deep grave at Chancellor Park last April 13, 2019. In direct terms, he’s alive!

This explanation would at least erase the murder charge that Nikki (Melody Thomas Scott) is facing, though she and the others, possibly also including Phyllis (Gina Tognoni), whose immunity deal could be partially muted, would still be on the hook for the surrounding illegal after effects of that night.

J.T. could have still died on that spring night. Luckinbill’s return would then involve him recording ghostly scenes where his spirit visits various members of the ‘Girls Night Gang’, ‘Coverup Crew’, ‘Fearsome Foursome’, as Victoria (Amelia Heinle) dubbed them, or whatever other nickname Y&R fans want to use. The reprisal of the character in this instance would maintain believability, while also allowing interaction with the ladies who were involved with his demise, thereby impacting present-day circumstances in some way.

Since this is soap, Luckinbill could be playing a new character who looks like J.T. He could be portraying his unknown twin brother or a doppelganger of some sort.

Possibly, either option somehow was posing as J.T. from December of 2017 through April of last year? In that instance, that person’s odd behavior would be more reasonably explained, as opposed to a job setback and a grudge about Colleen’s (Tammin Sursok) death combining to unbelievably transform Luckinbill’s longtime alter ego, who was a normal human being when he left GC in 2010. 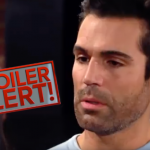 Of course, other options exist as well. But Y&R’s seeming announcement that Luckinbill is back with the cast must mean that daylight toward a coming conclusion to the J.T. storyline now appears, finally, to be seen.

Fans of ‘The Young and the Restless’ rightfully express their opinions on a regular basis. So, why has Thad Luckinbill returned to the cast and what does the J.T. photo mean?

General Hospital Spoilers: Will Lulu Remember Who Really Attacked Her and Save Franco?