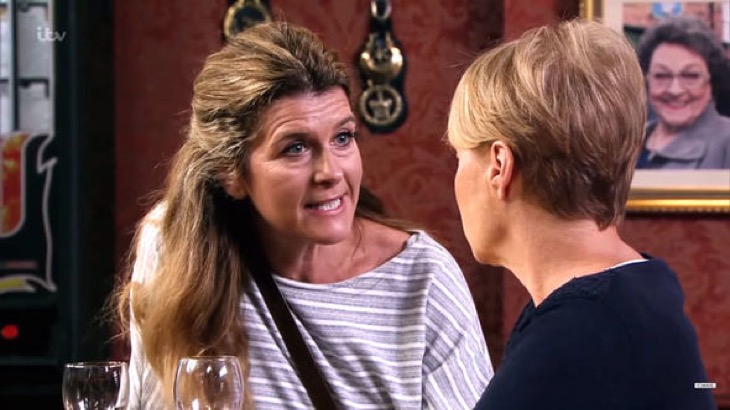 Gina Seddon (Connie Hyde) has gone behind Sally Webster’s (Sally Dynevor) back several times while the latter was in prison. She betrayed her sister during her trial, slept with her husband Tim Metcalfe, (Joe Duttine) and secretly met with Duncan, who was the reason Sally was locked up in the first place. So when Gina tries to win her sister back but something goes terribly wrong along the way, it’s only natural for people, especially Sally, to suspect her.

Sally Metcalfe is finally out of jail and she is trying to get her life back. However, she made it very clear that she does not want Gina to be part of it. Who would blame her? On Friday’s episode, Gina will be in hot water once again, but this time, she is actually innocent.

Sally is doing her best to avoid crossing paths with her sister, so when the Underwater girls and Sean invite her to have a night out, she turns it down. Meanwhile, Gina wants to make things right with her sister and plans a surprise party. She then loops Sophie in and starts a collection for the party. Carla loves the idea and donates a large amount. Gina takes the money and drops it at number 13’s letterbox for Sophie Webster. (Brooke Vincent)

2night on #Corrie – Meanwhile, when Sean suggests to the Factory girls a night out on the town, everyone is all up for it. Having been invited on the night out, Sally agrees to go on the condition that Gina won't be there, still unable to forgive Gina's betrayal #CorrieWednesday pic.twitter.com/14vRC5v9WD

Unfortunately, money does not reach Sophie’s hands. Kevin Webster (Michael Le Vell) takes hold of the cash and assumes that it was for Jack Webster’s (Kyran Bowes) holiday. Kevin is ecstatic so he immediately packs their bags and takes Jack for a holiday trip. When Gina finds out that Sophie did not receive the money, she is genuinely shocked. The party is canceled and everyone suspects Gina has something to do with the money’s disappearance. Gina gets thrown out of Beth’s house and without any place to stay, Sophie reluctantly allows her to stay at number 13 while Kevin and Jack are away. 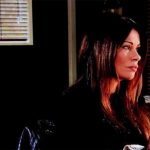 When Kevin returns, he takes responsibility for the lost money. He admits he took the cash thinking that Sophie left it for their trip. Although he clears Gina’s name, the latter has decided to leave town believing that she and Sally will never be the same again.

General Hospital Spoilers: Ryan Makes A Move – Will He Try To Kidnap Avery For Ava?

Days of Our Lives Spoilers: Will Leo’s Plan Backfire?