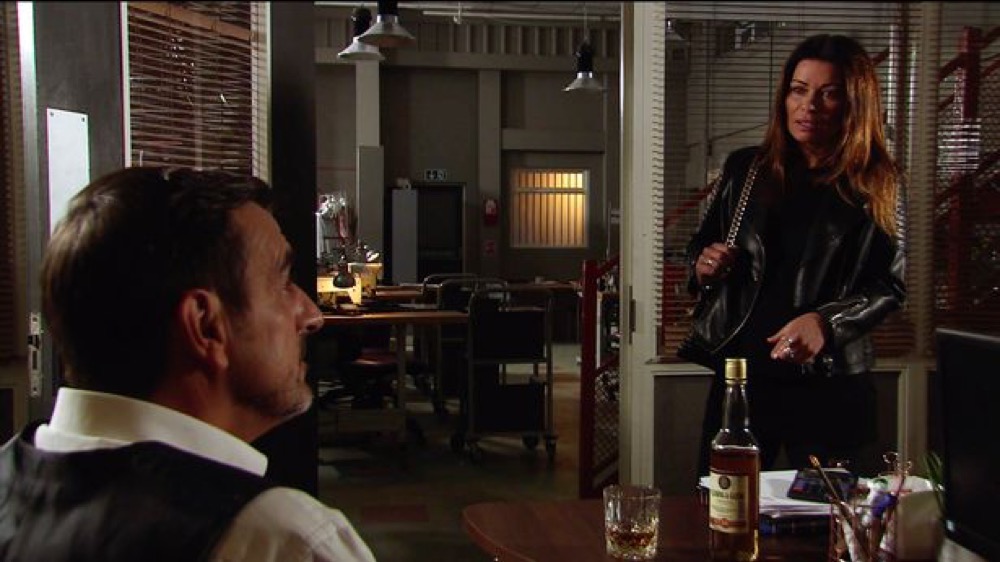 Coronation Street spoilers indicate that Peter Barlow (Chris Gascoyne) will be left absolutely horrified when he finds out about Carla Connor (Alison King) and her new plans. Carla is back in Weatherfield after having received treatment at a mental health facility for her nervous breakdown. And now that Carla is back in town, she’s looking to make a few readjustments in her life, both professionally and personally speaking. Here’s what you need to know.

Peter Barlow Is Shocked By What Carla Connor Wants To Do

Peter can’t believe it when he finds out that Carla has decided to grant shares of the factory to the Underworld workforce. Peter deeply believes that Carla’s ongoing battle with psychosis might be the reason why she is making these irrational decisions.

Sarah Platt (Tina O’Brien) has been overseeing the factory’s day-to-day dealings while Carla has been in recovery. But now that she’s back she intends to take matters into her own hands again, and of course, with Peter by her side.

However, her decision has a lot of people wondering if she has fully recovered yet. Peter thinks that this is a rash decision. To make matters worse, when Carla finds out that Peter has been talking behind her back to Roy Cropper (David Neilson) about getting a power of attorney, this riles her up even more. That’s when she decides to confront Peter. She tells him in a very open and honest conversation that all of the recent deaths in her life and everything that has happened so far has made her reassess things. She truly believes that there is more to life than making money and trying to run a business.

Of course, if there is one person who will be surprised to hear the news about Carla’s decision, it’s Nick Tilsley (Ben Price). After all, Coronation Street fans know that it was Nick who caused the roof to collapse at Underworld, not Carla Connor. And while he’s so far done a good job of hiding the truth so far, sooner or later it will come out. Needless to say, fans will have to tune in to find out what will happen next!