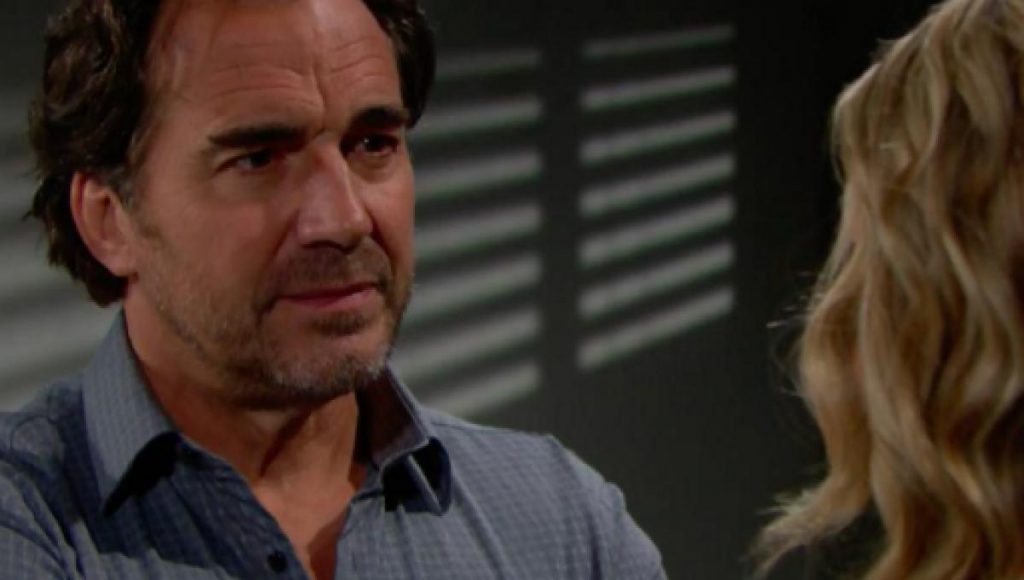 The Bold and the Beautiful (B&B) spoilers for the week of September 30 tease that big drama is ahead on the CBS soap opera. On Friday’s show, Thomas Forrester’s (Matthew Atkinson) friend texted him, revealing a secret about his dad, Ridge Forrester (Thorsten Kaye).

Thomas learns that Ridge and Shauna Fulton (Denise Richards) spent the night together. He knows that if his stepmom Brooke Logan (Katherine Kelly Lang) found out this scoop, she’d come unglued.

So, what does Thomas do with this information? That’s right, he tells Brooke or at least makes sure someone does and watches the drama unfold. Here’s what you need to know about what’s coming up on B&B.

Shauna and Ridge made a deal with each other that neither would tell Brooke about their night together. Even though it was innocent, Ridge knew that his wife would not understand it.

And, Shauna told Ridge that she didn’t want his wife knowing either. B&B spoilers tease that Shauna doesn’t want to give Brooke another reason to hate her and her daughter, Flo Fulton (Katrina Bowden).

When Brooke finds out about that night, she comes unglued. She confronts both Shauna and Ridge, and it is not pretty. It’s clear that Brooke will unleash her anger and she will question why Ridge wasn’t honest with her. Can Bridge put that night between them and get their marriage on track?

According to The Bold and the Beautiful spoilers, Thomas is not having it anymore. He cannot understand why the Logans seem hellbent on destroying his family. So, after his blow-up with Brooke on Friday’s show, he decides to launch an attack on them.

First up, he enlists Shauna’s help in destroying his dad’s marriage to Brooke. He confirms that she spent the night with his dad, which leads to Brooke finding the details of that night. He vows to destroy the Logans, noting he doesn’t care of Hope Logan (Annika Noelle) gets hurt in the crossfire.

Ridge decides it’s time to repair the relationship between Steffy Forrester (Jacqueline MacInnes Wood) and Thomas. He suggests they put their differences aside. It’s clear neither wants to do that, especially after Thomas mentions that he wants a chance to run Forrester Creations.

Who is the better family protector on #BoldandBeautiful — #TeamRidge or #TeamBrooke?

In an attempt to protect Douglas Forrester (Henry Joseph Samiri) from his father, Hope and Liam Spencer (Scott Clifton) decide to do whatever they need to keep the boy away from Thomas. It is a move that will infuriate Thomas as he still has full custody of his child.

It will lead t a legal action that will motivate Thomas even more to get revenge against the Logan family. It sounds like there are some exciting scenes ahead on B&B. Keep watching the CBS Soap opera to find out what happens next.