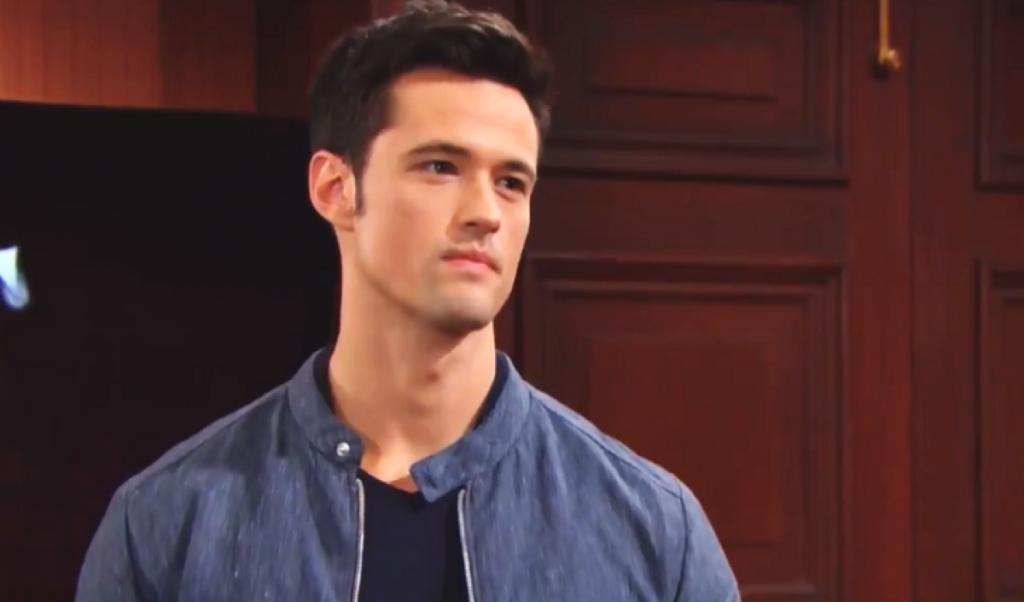 “The Bold and the Beautiful” (BB) spoilers for the week of Monday, July 29, 2019 through Friday, August 2, 2019 tease that “The moment everyone hoped for, it is epic.” We have a very exciting week coming up and you will not want to miss a moment of the action!

In the newest CBS “The Bold and the Beautiful” promo video we see Liam Spencer (Scott Clifton) revealing that baby Beth is alive. Liam has recently started his own investigation on Flo Fulton (Katrina Bowden) when he overheard a conversation between her and Thomas Forrester (Matthew Atkinson). Liam’s investigation threatens Thomas’ newlywed bliss with Hope Logan Forrester (Annika Noelle).

Thomas figures out what Liam is up to and it quickly puts Thomas on edge and causes him to go in a downward spiral of irrational thoughts. Once Liam figures things out we will see Thomas doing things uncharacteristic of him. Thomas will be losing it and will not be two steps ahead anymore. He will no longer be thinking things through and his world is going to implode around him. Are you B&B fans happy that Thomas is finally going to be caught? Do you think Thomas will hurt anyone else before the truth comes out about what all he has done?

Meanwhile, Flo Fulton will decide to finally tell Wyatt Spencer (Darin Brooks) the truth about Beth, but before she can Liam Spencer will bust through the door and confronts her with his findings. Liam will confront Flo in front of Wyatt and she will tell everything.

She will explain to Liam and Wyatt everything that she did and Thomas Forrester’s involvement too. Flo had sensed there was something not right about Thomas and will find out from her aunts that he has done some crazy things. Flo will realize that Thomas’ crazy side is coming back out. Do you B&B fans think that the writers will redeem Thomas? Do you think they will play him as needing help?

It’s the moment everyone has hoped for, and it is EPIC! 💥 You won’t want to miss a minute this week on #BoldandBeautiful. pic.twitter.com/2scSJWW60y

Other “Bold and the Beautiful” spoilers suggest that Hope Logan Forrester will unknowingly put herself in jeopardy by confessing her true feelings for Liam Spencer. Thomas Forrester meets up with Vincent Walker (Joe LoCicero), who has a special wedding gift for Hope. Thomas will make a drastic move. Shauna Fulton (Denise Richards) will attempt to calm a frantic Flo Fulton from telling the truth about her misdeeds to Wyatt Spencer. An unexpected person gives Liam startling information about his daughter.

Flo will desperately attempt to salvage her relationship with Wyatt. Thomas will be agitated when Hope waxes on about Douglass on their honeymoon. Thomas will attempt to make an escape with a confused and frightened Hope at his side. Flo will be heartbroken. As you can see we have a very eventful week heading our way, so make sure to stay tuned to CBS “The Bold and the Beautiful” to see how this all unfolds. Don’t forget to check often with Soap Opera Spy for all your latest spoilers, news, updates, and much more!

General Hospital News: Everything You Need To Know About GH’s New Scout