General Hospital News: Everything You Need To Know About GH’s New Scout 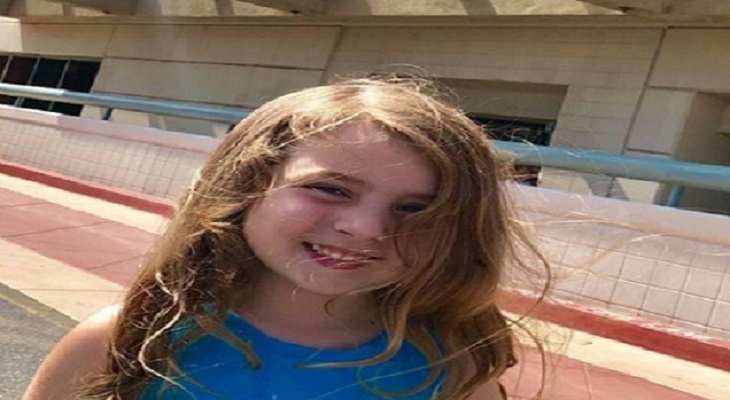 If Sam McCall’s (Kelly Monaco) and Drew Cain’s (Billy Miller) daughter looks like she’s experienced a growth spurt in recent months, that’s because she has!

As a matter of fact, General Hospital comings and goings indicate that there’s a new cute assistant that has been helping out aounr the Aurora Media offices and her name is Ella Ramacieri. She’s the new Scout Cain in Port Charles and has assumed the role from twins Palmer and Poe Parker in early July. Here’s what you need to know.

Ella is a 5-year-old Los Angeles-based actress and model who is represented by Paloma Model and Talent. This is her first role on daytime television and from what we can tell already, she’s very excited about it and they opportunity she’s been given.

Even though she’s only been on General Hospital for a month now, she already looks like a natural. Plus, we can’t get enough of all of the scenes that she has been sharing with her on screen daddy, Billy Miller. They are just too cute for words together!

Apparently, little Ella is just as excited about her new daytime television role, too. She’s been posting quite a few photos on Instagram as well. Many of her fans have been showing their support for the little cutie.

Sharing several behind the scenes photos from the set of General Hospital, Ella’s parents – who control her social media accounts – wrote to her fans, “I am so happy and excited to announce that I have the opportunity to join the @generalhospitalabc family as #ScoutCain and work and act along the sides of an amazing cast and crew. Thank you for my agents @palomamodelandtalent for believing in me!!! #grateful #blessed#GH55.”

If that weren’t enough, Ella also said that this is a role of a lifetime and that she’s very grateful to be a part of the General Hospital cast. We also want to extend our congratulations to Ella on a job well done! She definitely is a cutie, isn’t she? Star Kids was the first to make the announcement about her role.