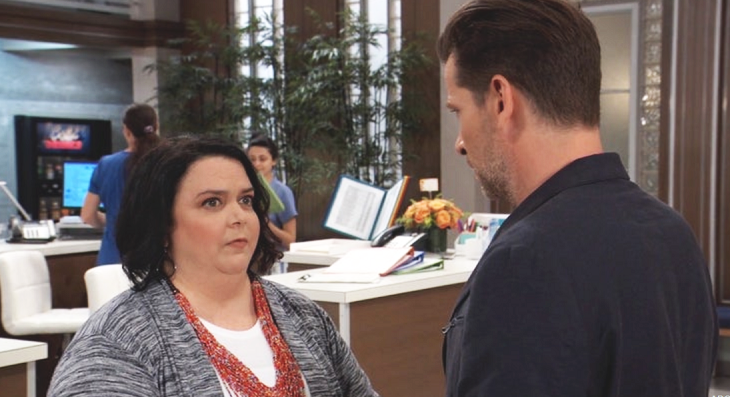 Another psychic will make her way in town, and she might just be who Ava Jerome (Maura West) needs. Jen Ray has joined the cast of General Hospital as Chelsea Lambas, and she’ll debut her character on July 26. What news will Chelsea bring to Port Charles?

Viewers may recall that Ava previously hired the psychic Sibley Gamble (Veronica Cartwright) without any luck. She made her first appearance on July 8 as she was hired to help Ava to contact her daughter Kiki Jerome (Hayley Erin) from the grave. Will Chelsea be the one help Ava make peace with Kiki and finally accept her passing?

“General Hospital” is Ray’s first foray in daytime TV series. Viewers may recognize her from the ABC sitcom’s “The Middle.” She also appeared on primetime TV series including “Gilmore Girls,” “Big Love,” “True Blood,” and “The New Normal.”

“General Hospital” spoilers reveal that Ava’s new psychic, Chelsea, will warn Franco Baldwin (Roger Howarth) not to take a drive. However, he won’t listen to her and decides to drive Liesl Obrecht (Kahtleen Gati) home. He’ll get to his destination safe and sound so he’ll feel good that he ignored the psychic’s advice.

However, is he really in the clear? Or will he be at risk every time he sits behind the wheel? It’s not the first time he’s been issued a stern warning. Viewers may recall that Ava’s previous psychic, Sibley, also told Franco that he wouldn’t be feeling like himself soon. Could that and Chelsea’s warning be enough hints that something bad is about to happen?

“General Hospital” spoilers revealed that the week of August 5-9 will be intense for Franco. He is set to discover something that will leave him feeling disturbed.

Does this have something to do with the fact that Jonah is alive? Or perhaps he’ll find out about Brad and Liesl’s secret?

He will surely be horrified once he finds out that Wiley is actually Michael Corinthos’ (Chad Duell) baby. Knowing from the spoilers that total horror will hit him, will he suffer a car accident right after he discovers the truth?