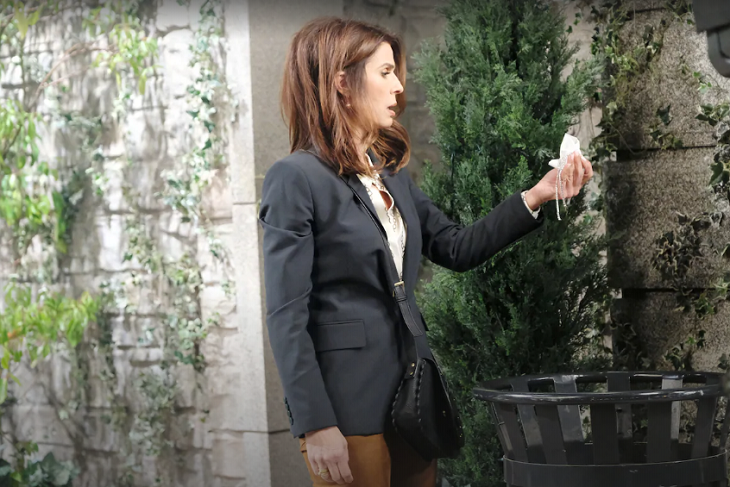 Days of Our Lives spoilers for Thursday, August 8 finds Hope Brady (Kristian Alfonso) making a surprising discovery at a park. Also, Kate Roberts (Lauren Koslow) almost faints when she sees a familiar face back in town. And Tony DiMera (Thaoo Penghlis) is happy that Anna DiMera (Leann Hunley) is back in Salem. Here’s what you need to know.

It begins with Hope finding the necklace that Ted Laurent (Gilles Marini) insisted on having back in the trash at the park. Hope is surprised to see it there after she figured that it meant something for him. But with Ted now dead and gone, Hope is going to need someone to comfort her during this trying time.

And who better to run back to then her ex-husband, Rafe Hernandez (Galen Gering), right? Even though Rafe sleeping with Carrie Brady (Christie Clark) during the Fourth of July festivities certainly hurt her, she didn’t expect him to move on so quickly after their separation. That was also one of the reasons why she moved on with Ted – she was jealous of Rafe.

With that said, new Days of Our Lives spoilers tease that Hope will be running back into the arms of Rafe. That is, if he allows her to. Unfortunately for Hope, he’s not really keen on having a reunion with his ex. 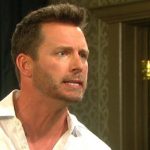 There’s also another problem. Rafe is looking to become Baby David’s new legal guardian. This is all going to go down the same time that Jordan Ridgeway (Chrishell Hartley) decides to show up again.

Elsewhere, Kate Roberts will get the shock of her life when she sees a familiar face back in town. It will be none other than Anna DiMera. For Tony, this is fantastic news. He no longer has to pretend to be married to Kristin DiMera (Stacy Haiduk) and can reunite with the real love of his life.

Days Of Our Lives Spoilers – Gabi Hernandez Has Conflicted Feelings

Also, fans can expect to see Gabi Hernandez (Camila Banus) betray her new husband, Stefan DiMera (Brandon Barash). She now has control of all of DiMera Enterprises, the mansion, and every worldy possession that Stefan owns.

And while Gabi is sitting on top of the world right now, she’s conflicted about her feelings for Stefan. She can’t decide if she loves him or if she downright hates him. Plus, she already told Kate and Brady Black (Eric Martsolf) that she’s going to do whatever it takes to bring Stefan down.

Days of Our Lives Spoilers: Should Rafe and Hope Reunite After Ted’s Death? https://t.co/BQwTX2170I pic.twitter.com/nxBTeYIz20

Little does Gabi know though that Stefan is not going to take this lightly. If there’s one thing that Stefan won’t allow, it’s for someone to take his heart and stomp all over it. Gabi might think that she’s got the upper hand right now but things will soon turn in Stefan’s favor.