The Bold And The Beautiful News: Aaron D. Spears Lands A New Gig — Will It Affect Justin Barber’s His Time On B&B? 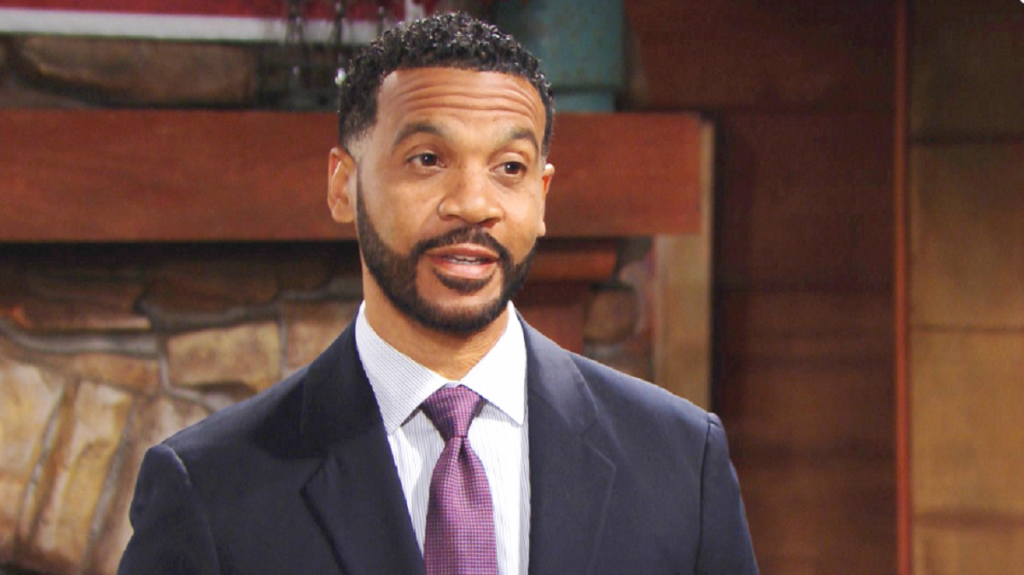 Aaron D. Spears, also known as Justin Barbers in The Bold and the Beautiful and as Commissioner Raines on Days of Our Lives is set to appear in a new comedy film called “White People Money.“

Mark Harris, the creator and director of the film, shared a photo on social media of Spears and co-star Dawn Noel on a kitchen set. He captioned, “Great time filming with @dawnnoelactor and @aarondspears they were hilarious. White People Money.”

The movie was inspired by Harris’ former job as a sales representative in a furniture store. It was shot at his hometown, Chicago. The story revolves around a furniture store employee and his wife who have a secret – they won a billion dollars. Spears takes on the role of Darryl while Noel plays Rachel in the movie.

Other cast members include Drew Sidora of That’s So Raven as Nora, Barton Fitzpatrick of Chicago Med as Kareem, Sandra Nelson of Heavens to Betsy 2 as Kareem’s mother, and Christopher A. Greer of Life in the Chi as Nora’s father.

The Bold and the Beautiful Spoilers: Brooke Blindsided By Ridge: Nasty Confrontation Over Night Spent With Shauna https://t.co/s99YfKvkiS pic.twitter.com/pMx3JTvO9W

Spears has played the role of Justin Barber on “The Bold and the Beautiful” since 2011. His work on the show has earned him several nominations for the NAACP Image Award for Outstanding Actor in a Daytime Drama Series.

Spears also appeared on Days of Our Lives as Lt. Raines and as Mark Bradley on Being Mary Jane. He also guest-starred on Criminal Minds, Bones, Shark, Everybody Loves Raymond, and NCIS: Los Angeles.

The Bold and the Beautiful spoilers reveal that Shauna Fulton (Denise Richards) will let a slip to her daughter Florence Fulton (Katrina Bowden) that she kissed Ridge Forrester (Thorsten Kaye) when they spent the night together.

Viewers may recall that Ridge and Brooke Logan Forrester (Katherine Kelly Lang) had a huge fight. He left for the bar and to grab a few drinks with Carter Walton (Lawrence Saint-Victor). However, he drank more than he could take and ended up sleeping in the room above the bar. Danny (Keith Carlos) and Ridge asked her to stay. So, she did. But she wasn’t able to resist Ridge’s charms and kissed him.

Flo will be shocked at what her mother has done. She believes that Shauna took advantage of Ridge when he was vulnerable and Brooke and Ridge will be devastated by what she did. As always, more detailed spoilers and a full collection of pictures for the week in question will appear here on Soap Opera Spy, where there will be more clues and hints over exactly what’s going on.

The Bold And The Beautiful Spoilers: Ridge Fights for His Marriage After Shauna Secret is Revealed — Is It Too Late?