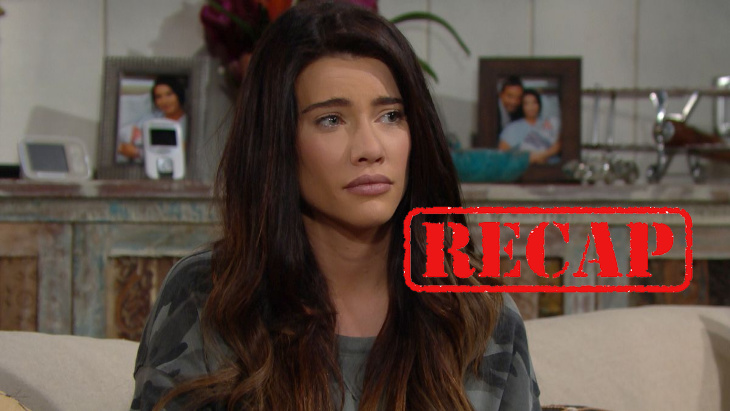 “Bold and the Beautiful” (BB) recap for Monday, February 11, 2019 reveals that over at Dr. Reese Buckingham’s (Wayne Brady) place, Zoe Buckingham (Kiara Barnes) demands Florence (Katrina Bowden) tell her what’s going on and what it has to do with Steffy Forrester Spencer’s baby (Jacqueline Wood) and her father.

Zoe apologizes before pressing more to find out if her dad is the father of the baby. Florence assures her that’s not true. Does Zoe ask why he’s involved then and what has he done? Florence finally admits Reese arranged the adoption. Zoe digests that Steffy was able to adopt because of her father, and wonders what was in it for him. Florence assures her it was all above-board, but balks when Zoe mentions going to Steffy. Zoe asks, “What aren’t you telling me?” Florence sighs and concedes her father’s involvement was on the down-low and he didn’t want to put Zoe in an uncomfortable position at work.

At Steffy Forrester Spencer’s house, she and Liam Spencer (Scott Clifton) discuss Hope Logan Spencer spending time with Phoebe. Liam thinks it may be a good thing and knows it won’t erase the pain but might soothe it. Steffy worries that Hope knows Beth is gone but her body doesn’t and the hormones are raging through her. In the bedroom, Hope doesn’t want to put the baby back in her crib. She says her mommy is so lucky, then rejoins Liam and Steffy. She tells them it’s just how she imagined it would be…with Beth.

Today on #BoldandBeautiful, Hope gets close to Phoebe and shuts Steffy down at the suggestion of having another baby. pic.twitter.com/QmckJ3Jqsj

Liam says they heard her in the monitor. Hope jokes; she hopes they turned it off before she started singing. Liam admits he was a little concerned. Hope explains how natural it felt with Phoebe. She checks with Steffy that it’s okay for her to be ‘Auntie Hope’. Steffy says of course and wants the girls to have strong women to look up to. Hope’s uncertain about having another pregnancy herself, but she was meant to have children in her life, and thanks to Steffy she can have them. Liam’s concerned about her assumption she’s not meant to have children of her own.

Hope doesn’t want the responsibility because she’s already failed twice. Liam learns there’s a darkness inside her, but Phoebe’s pushing it away. Steffy notes it takes time to get through the darkness, and worries spending time with Phoebe might make it harder for her to heal. Hope counters that she wasn’t healing at all before and this might help her get through.

At Wyatt Spencer’s (Darin Brooks) beach house, Sally Spectra (Courtney Hope) tells him that it feels great to be in his arms, but admits she feels guilty being happy knowing what Hope Logan Spencer and Liam Spencer are going through. They get out of bed and Wyatt suggests Sally sketch athletic wear to distract from the sadness. She’s thrilled he thinks she’s a great designer and thanks him for keeping her focused. Wyatt jokes it’s selfish and says when she’s focused on her passion, he typically benefits. He talks about how much he believes in her and they kiss. 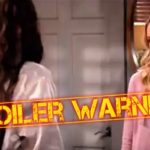