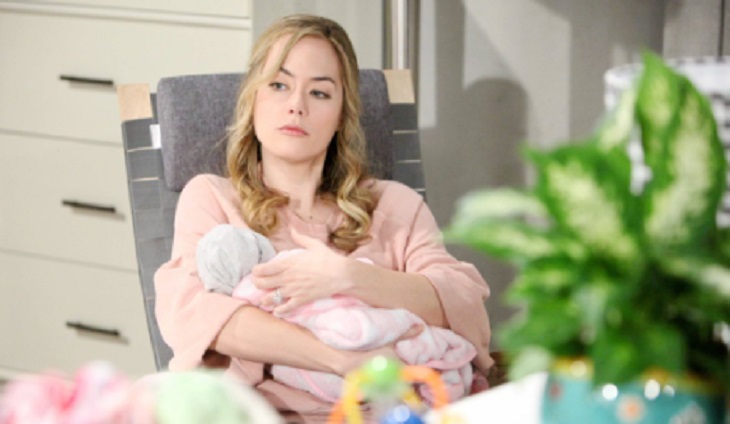 On “The Bold and the Beautiful,” Steffy (Jacqueline MacInnes Wood) is getting all the support she needs as she tries to settle in her new role as a mother of two. Everyone has been ecstatic ever since she adopted baby Phoebe. She even got Liam (Scott Clifton) to commit that he’ll be a good father to both their children. However, Steffy’s appreciative of all the well wishes and assistance extended to her except for one. Hope (Annika Noelle).

Steffy confronts Liam and accuses his wife of getting too close to her daughter. As expected, Liam defends his wife. Could this troubling accusation lead to more problems for Steffy, Liam, and Hope? The three’s already complicated relationship could turn for the worse once they find out who baby Phoebe really is.

Bold And The Beautiful Spoilers – Steffy Gets Protective

Steffy’s fears may soon come true once she finds out that Hope is the real mother of her newly adopted baby. Trouble is definitely brewing in the Bold and The Beautiful as Zoe (Kiara Barnes) finds out about Reese (Wayne Brady) and Florence’s (Katrina Bowden) explosive secret.

Meanwhile, Katie (Heather Tom) confides in Wyatt (Darin Brooks) after Thorne Forrester (Ingo Rademacher) drops a bombshell on what should have been a romantic Valentine’s Day. Ever since Bill (Don Diamont) return in the life of Katie and Will, he has been feeling like a third wheel on his own marriage. 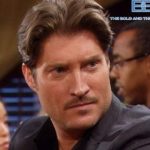 Viewers may recall that Thorne thought it would be beneficial for Will to spend time with Bill. Things have never been the same with him after witnessing Bill, Katie and Will share a big warm hug. It would seem that Thorne will no longer stand for it. He shocks Katie when he tells her that they are over.

Bold And The Beautiful Fans Prepare For Big Exit

Viewers have already known that Ingo Rademacher, who plays Thorne Forrester, have not renewed his contract and this could very well be his exit storyline. Rademacher has decided to take some time off so he could bond with his family in Hawaii.

In case his breakup with Katie is how he exits the show, fans may still see him in the future. According to the Bold and the Beautiful reports, Rademacher may reprise his role briefly so he could tie up loose ends between his character Thorne and Katie. The show has not confirmed that and it means he could very well be out for good.