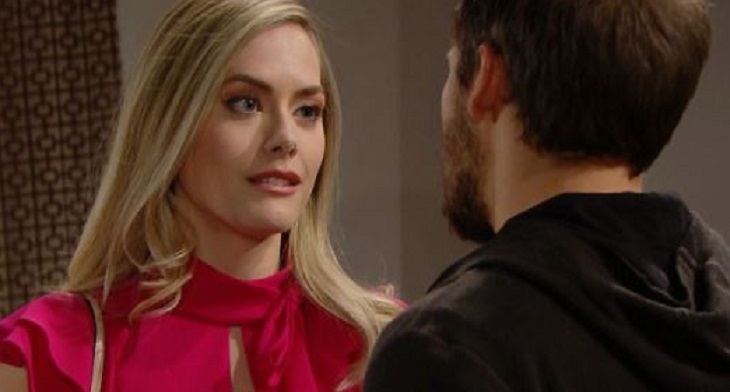 “The Bold and the Beautiful” is airing some intense storylines that are getting hotter and set to peak this summer. Executive Producer and Head Writer Bradley Bell lets us in a little bit about how these storylines are going to pan out and why viewers should never miss an episode this summer.

In an interview with Soap Opera Digest, Bell shared that this story arc has been planned in advance. If he could keep a secret for many years, he would, just like how his father, late William J. Bell, was able to do it. But viewers now move pretty quickly, and they easily burn out on story arcs. So it’s not surprising that they’ve been wanting a resolution now to the baby swap drama.

“I’ve talked to people and they’re frustrated; they want to know when Hope will know that baby Beth is alive,” Bell said. “The day will come and it’s not too far off, so they should definitely not miss an episode this summer because it’s going to be hot and peak during the summer.”

Thomas Forrester (Matt Atkinson) has been obsessed with Hope Logan (Annika Noelle) since he came back in town. He even succeeded in breaking up her marriage with Liam Spencer (Scott Clifton). But Bell said we should not root out for them.

“Our heroine is in the clutches of our villain and as much as we may think Douglas needs a mother, which he does, and Thomas needs someone to love, there is no rooting interest in them,” he said.

Bold And The Beautiful Spoilers – Liam and Steffy’s Future

Steffy Forrester (Jacqueline MacInnes Wood) has welcomed Liam back to her home again after his annulment with Hope. Many fans are surely happy about that, but Bell teases it is still up for grabs.

Bold And The Beautiful Spoilers: Steffy Calls Out Thomas For Meddling In Lope's Relationship #bb #boldandbeautifulhttps://t.co/IwXiTOpC68

“Well, that’s a trickier one because he loves two women and they’re very different characters. He has children with both of them,” he said. “When [the baby] secret comes out, both [Hope and Steffy] will go through their own personal tragedy and triumph.”

Why You Should Stick With B&B

Bell’s message to fans is this: “We have an incredible payoff for this story that is one the audience won’t want to miss. It’s a thriller, it’s a love story, there’s all the great dynamics for a compelling edge-of-your-seat drama.”

“It will be worth watching and one for the history books,” he added.

The Young and the Restless Poll: Who Will Nick Be Paired With In the Near Future?