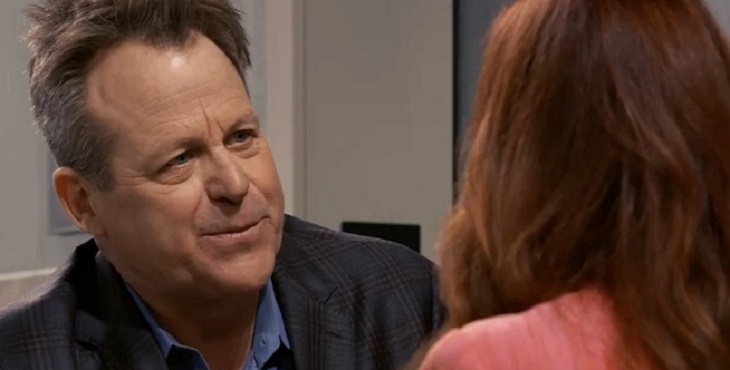 Long time General Hospital viewers will recall that years ago, Bobbie conspired with her brother Luke Spencer (Anthony Geary) to break up Scotty and Laura Baldwin (Genie Francis) because Bobbie wanted to get with Scotty, and of course Luke and Laura eventually wound up with each other with Scotty famously running after their bridal carriage shaking his fist and yelling at Luke for stealing his wife!

Scotty also caught the bridal bouquet and announced he was contesting he and Laura’s divorce, but it was too late!  First Bobbie will confide in Scott about her diabetes diagnosis, and he will respond with a marriage proposal! According to a hot plot preview in Soap Opera digest, he will go about things very awkwardly and things won’t come out right.

This could be partially due to his sarcastic sense of humor he often employs in awkward situations; he opens his proposal by talking about Bobbie and their relationship with each other like being comfortable like an old worn out shoe! Bobbie, looking at him like he’s taken a ride on the crazy train in this week’s General Hospital promo, tells him she doesn’t want comfortable; and she reminds him they’ve been together and broken up several times over the years and doesn’t think it would work. But he persists – and persists – and persists – and actually in effect, tries to nag her into marrying him!

So will Bobbie tell Scotty yes or no? There is the fact that they are getting older, in their early sixties now if we go by the actors’ real ages, and Bobbie realizing her own lack of immortality because of her diabetes diagnosis, and her determination to stay around for her family, which is the most important thing in her life.

Who else is enjoying their summer in Port Charles? 🇺🇸#GH pic.twitter.com/hIEC9DXwWA

She will no doubt consider how a marriage to Scott Baldwin might impact her family before saying yes or no, unless she winds up telling him yes to make him shut up! If that’s the case, then Scotty’s going to wind up with a broken engagement!