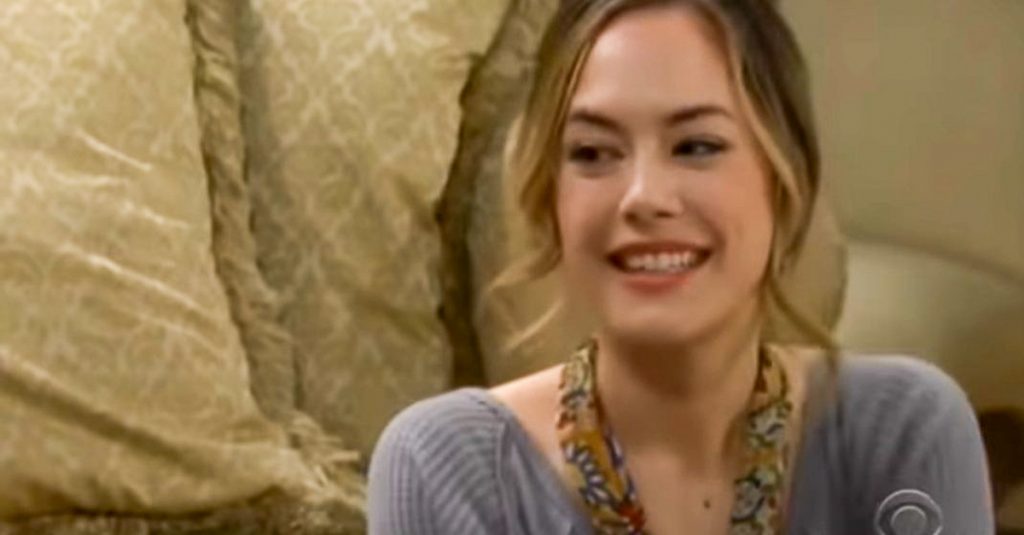 The Bold and the Beautiful (B&B) spoilers tease that the custody papers that Thomas Forrester (Matthew Atkinson) allegedly signed may not be legal. Hope Logan (Annika Noelle) may have forged his signature so she could kidnap Douglas Forrester (Henry Joseph Samiri) after she shoved his dad in acid and left him to die.

Of course, the B&B viewers saw that Hope feels terrible for the accident and she told her mother Brooke Logan (Katherine Kelly Lang) that she wanted to confess. Her mom will convince her to stay quiet and they will make a pact to not tell anyone about her role in Thomas’ disappearance. Here’s what to expect on B&B in the coming weeks.

This is the question that the fans keep asking. They want to know if the custody papers are legal. The way the show told the story, Thomas was about to sign when Hope began to chase Douglas. And Thomas fell into the acid during the chase after she shoved him, fearing he was going to hurt her.

So, it appeared that Thomas did not really sign the document, but Hope claims she has custody of the boy. And, there was no witness so truthfully speaking, it wouldn’t be legal.

However, we are not dealing with a real-life situation and this is a soap. So, it appears they want us to believe, it is on the up and up.

B&B Spoilers – Is Hope Logan Trying To Scam Thomas Forrester Out Of Custody?

Right now, it looks like she scammed Thomas out of custody of Douglas. When Ridge Forrester (Thorsten Kaye) and Steffy Forrester (Jacqueline MacInnes Wood) gets wind of the situation, they will jump on it and challenge her custody arrangement. There is no way they will allow her to have Douglas without a fight.

B&B fans have reacted online for over a week on if they think the custody arrangement is legal. Generally, people do not agree that Hope should have Douglas, suggesting Steffy would be a batter guardian.

Do you think the custody papers are legal? Don’t forget to come back later for more The Bold and the Beautiful (B&B) spoilers, news, and casting updates!