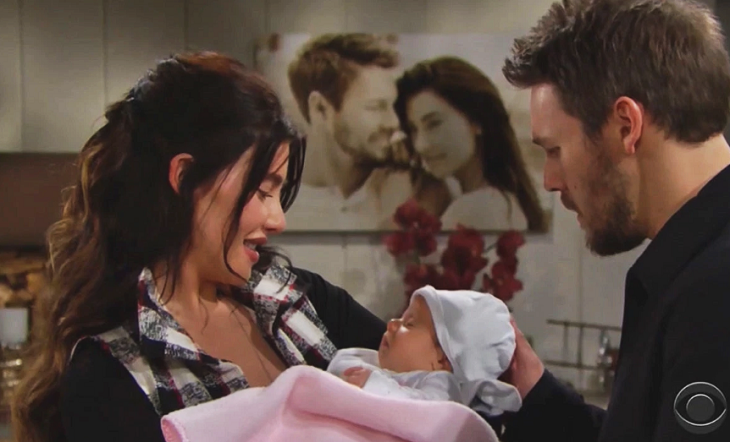 All the focus is currently on Flo Fulton-Logan (Katrina Bowden) and her guilt over the baby switch on ‘The Bold and the Beautiful’.

But when Steffy Forrester (Jacqueline MacInnes Wood) learns that truth and if she has the option, will she instantly divulge Phoebe Forrester’s (Isabella de Armas and Redford Prindiville) identity, or choose to remain silent?

Thomas Forrester (Matthew Atkinson) is behaving in a fully selfish way. His scheme to break up Lope has just been unmasked. Hope Spencer (Annika Noelle) and Liam Spencer (Scott Clifton) reinforced the strength of their marriage to him, which Thomas’ didn’t seem to accept.

Atkinson’s character could reverse course and become a hero by learning the truth and then telling Hope that her daughter never died. That would enable him to regain her trust, but would also cause major strife in Steffy’s life. Plus, it assumes that Thomas won’t turn on Hope.

It would make sense to have Thomas gain knowledge of the Phoebe ruse and then tell his sister Steffy, who protects the news. Soaps need to stretch storylines due to the daily daytime grind. So, why not have Wood’s soon-returning character become conflicted about whether to reveal?

Holding staggering information for more than mere moments lends itself to uncertainty. If Steffy were to tell Liam that Phoebe is actually his Beth, then Kelly Spencer’s (Zoe Pennington) adopted sister would transform. Beth would also need to leave the former ‘Steam’ house and return to her real mother’s arms.

Bold And The Beautiful Spoilers – A Twist In The Reveal?

The Phoebe-is-Beth reveal will likely be epic with however B&B drops it. A twist could be used to maximize the effect in this regard. The intent would be to provide viewers with an unexpected outcome that shifts the currently unfolding storyline in a different direction, which would provide new plot areas to explore.

Imagine an alliance between Steffy and Flo. Steffy protecting the secret so she can keep Phoebe, who was named in honor of her own departed, fraternal twin sister. Flo maintaining her stance in order to keep the Logan tie in order.

But an alternative tale wouldn’t have Steffy and Flo in an alliance. And maybe, with, or without Thomas, Wood’s character sees who Phoebe really is and chooses to not tell her real parents.