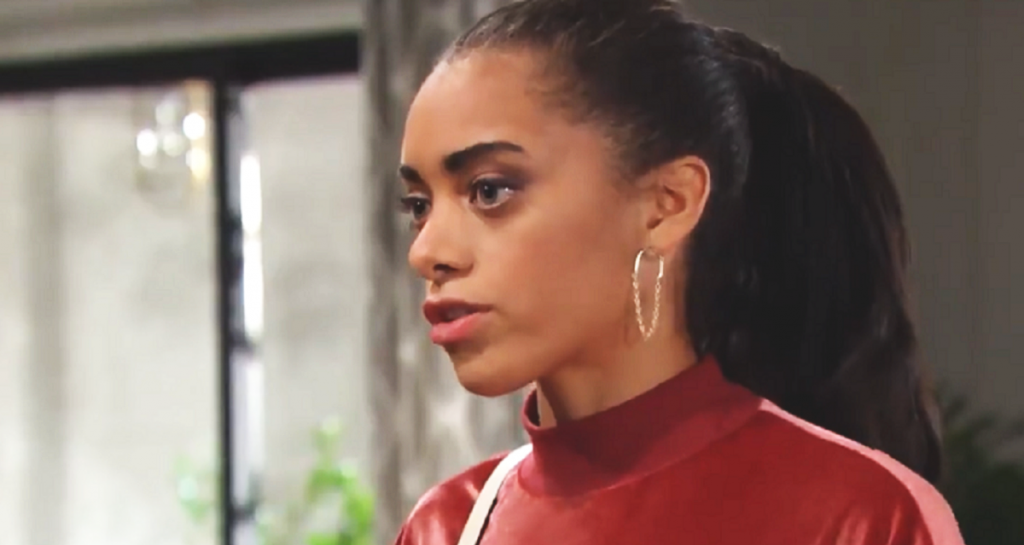 The Bold and the Beautiful (B&B) star Kiara Barnes, who plays Zoe Buckingham, has landed a new gig. She will star in the UMC series called Stuck With You.

The series is about a celebrity couple that isn’t happy at all. They are faced with the media thinking they have the perfect marriage and react to the stress of having a failed marriage.

Behind closed doors, the unhappy couple live separate lives. Instead of admitting their marriage is a sham, they decide to forgo a divorce and live separate lives under one roof. The series will follow their journey. Watch for Barnes’ new series to premiere in early 2020.

Zoe has not been seen on B&B for a few weeks. With the secret being out and everyone knowing that she knew about Beth Spencer’s identity for months, she is public enemy number one. That’s not all, everyone knows that her father, Reese Buckingham (Wayne Brady) planned the whole scheme with Flo Fulton (Katrina Bowden), which makes her one of the Forresters’ biggest enemies.

Bold And The Beautiful Spoilers – Zoe Buckingham Tries To Redeem Herself

The Bold and the Beautiful spoilers for the fall say that Zoe will return on the scene to redeem herself. Xander Avant (Adain Bradley) will come back with her to get the Forrester forgiveness and earn their jobs back with the fashion house.

That might be a hard task right now. The pain of the baby swap is so raw and with Steffy Forrester (Jacqueline MacInnes Wood) running things, she will not allow anyone to get away with this crime.

We’ll have to wait to see how this plays out for Zoe. Do you think Kiara Barnes’ new gig will affect her B&B scene time? Don’t forget to come back later for more The Bold and the Beautiful (B&B) spoilers, news, and casting updates!