Big Brother Alums Evel Dick Throws Paul Abrahamian’s ‘Friendship’ In His Face– See What The Beef Was All About! 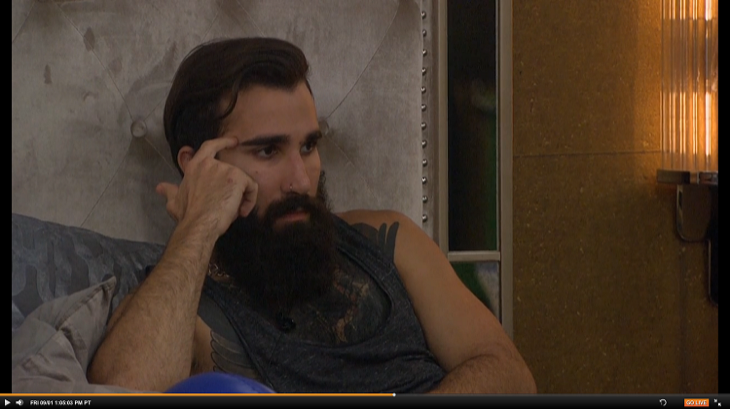 Big Brother alums Richard ‘Evel Dick’ Donato and Paul Abrahamian are in a social media war. Well, kind of that is. What that means is, they are trashing each other, but not talking to each other. Paul has Dick blocked but his followers keep giving him the intel on what the Big Brother 8 winner is saying about him.

Dick Donato played BB8 and BB13. He won BB8, the season he played with his daughter, Danielle. On BB13, he left the game after only a few days in the house for personal reasons.

Paul Abrahamian played BB18 and BB19. He was runner up on both seasons. He has been dubbed Big Brother’s Russell Hantz (from Survivor). Russell got to the end many times but never could win. He played a game a lot like Paul in that he played to get to the end, not to win the votes.

I have ALWAYS said @deadskulltweets should have won BB18. But BB19 he became SuperDouche, the superhero nobody asked for… and got 100 advantages that would have propelled anyone not so douchey to actually win, but he deserved to lose BB19 https://t.co/2URn4ldSmY

In the past few days, Dick’s fans have flocked to him with questions about how he feels about certain players. Of course, his old beef with Paul was reignited and he threw his friendship bracelets in his face.

Big Brother 21 Spoilers: Week 1 Head Of Household Spoilers – Who Is In Power?

As for Paul, he’s been trying to stay away from Dick’s drama. Once in a while, you will see him saying something about Dick and his vile comments about various players. Overall, he ignores him and reportedly has him blocked on social media.

Paul Defended His Bullying In BB19

One of Dick’s fans asked Paul about his harassment of Dominque Cooper on Big Brother 19, specifically how he could defend dressing up as a snake. Apparently, the fan believed that it was bullying.

Paul responded by letting her know that he only did that to beat her to the punch. He wanted to call her out before she blew up his game.

It sounds like Paul is doing what he needs to avoid Dick Donato’s drama. Hopefully, it won’t escalate to a full social media war. They already did that last year and it wasn’t pretty.

General Hospital Spoilers: Kim Gets Her Signals Crossed — Will Drew Turn Down Her Baby Proposal, Too?