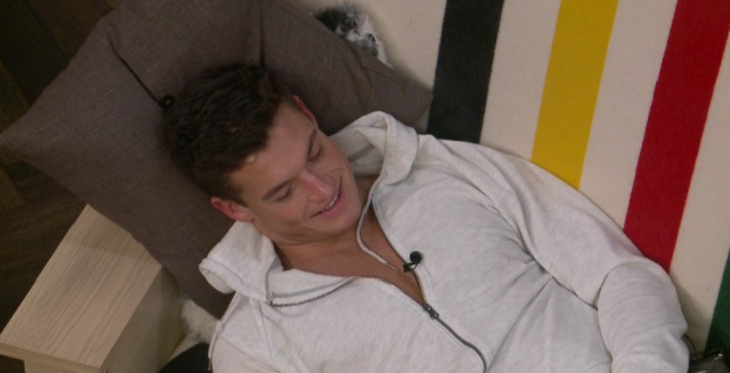 Big Brother 21 (BB21) spoilers tease that the nominations for Week 1 are a sham and the real target doesn’t suspect that she could be the one that will go home on Wednesday, July 3.

As many people know already, Christie Murphy won the Head of Household (HOH) competition. She struggled to figure out which two houseguests to nominate for eviction.  In the end, she decided to put up Kathryn Dunn and Cliff Hogg III.

But now, after listening to the live feeds it sounds like neither of the nominees is the real target. Read below to find out what’s coming up on BB21.

After David Alexander was the first houseguest to exit the game, many people felt that camp director Jackson Michie’s banishment choice may have been racially driven. The reason is he selected Kemi Faknule (a black woman), Jessica Milagros (a plus-sized model and Latina), David (a black man), and Cliff (the oldest houseguest).

After the feeds came on, the BB21 fandom discovered that Christie’s plans for the week is to backdoor Kemi.  Twitter had a fit about it and called CBS to help save Kemi from eviction. IN general, BB21 fans cannot believe that David was evicted and now, it looks like Kemi might be next.

The truth is Kemi is not really playing the game.  She feels that she shouldn’t have to “kiss anyone’s butt” to stay in the game. However, that’s the name of the game.  You are either getting your butt kissed or you are doing the kissing.

It’s currently 2 in the afternoon and Kemi from Big Brother 21 is number 2 trending!!! @agrodner22 please do something to keep her in the house, she is all the people can talk about!! #BB21 #BBKemi #BigBrother21 #BigBrother #ExpectTheUnexpected pic.twitter.com/apCRkaQZD2

What happens next depends on who wins the Power of Veto challenge!

Christie, Cliff,  and Kathryn will all automatically play in the POV competition.  Sam Smith, Nicole Anthony, and Jack Matthews will also play, with Tommy Bracco hosting.

Most of the POV players agree to remove Kathryn so Christie can name Kemi as the replacement nom.  However, it sounded like no one has told Nicole the plan, so if she wins she could leave the nominations the same.

The POV result will be in later on Thursday afternoon.  Soap Opera Spy will post the result as soon as they are available!

What do you think about David’s exit and now, the house targeting Kemi?  Don’t forget to come back to Soap Opera Spy for more Big Brother 21 (BB21) spoilers, news, and live feed updates!