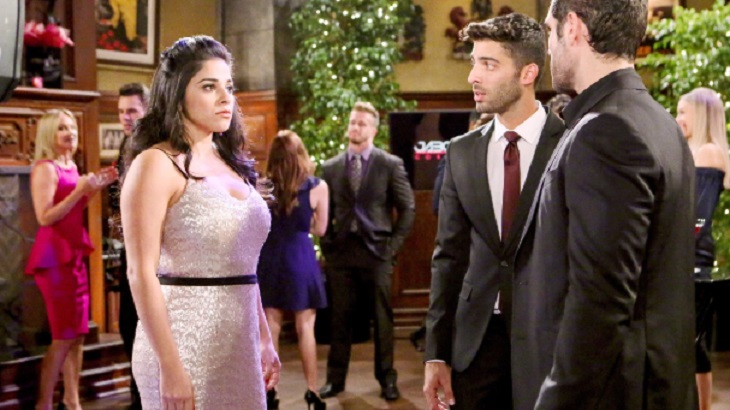 Rey (Jordi Vilasuso) is payed to be a tough guy on ‘The Young and the Restless’. But as he told the apparent love of his life, that’s just his work persona. Underneath the fearless exterior, Rey is a vulnerable man who fears that his estranged wife will hurt him again. However, he’s opted to take a leap of faith and try to make their marriage work despite a devastating past betrayal.

While it may not be instantly recognizable, Mia (Noemi Gonzalez) shares a similar personality type with her husband. She fronts a gruff face and talks a big game, but she genuinely seems to care for Rey.

Young And The Restless Spoilers – Will Mia And Rey Last?

This couple has existed long enough to have a nickname. If the fans come to care for them, which means they would be rooting for Rey and Mia to survive, then something like ‘Ria’, or ‘Mey’ will be promoted across personal social media outlets.

Young and the Restless Spoilers: Nick Learns Disturbing Secret That Changes Everything

The issue with Arturo (Jason Canela) is currently moot. However, it’s quite obvious that Mia can be a powerful romantic draw for both Rosales’ brothers. If anything goes awry with ‘Abturo’, which is a cute moniker for that very likable couple, then it’s reasonable to believe that Arturo and Mia could reconnect. Their tag options are ‘Marturo’, Artia’, or some other creative mashup.

Y&R’s choice to create an entirely new family and then to make all four members prominent parts of Genoa City within a matter of months easily surpasses the speed in which Michael Baldwin’s (Christian LeBlanc) clan expanded in the early 2000’s.

It took many years for LeBlanc’s character’s backstory to expand to a brother and then a mother. The Rosales’ infusion is more along the lines of the Abbott’s extension in the 1980’s, among other groups that have also populated GC through the years.

As this show’s main new character investment plays on, seasoned fans will not expect all to flow smoothly. Instead, daytime drama will flare within the lives of Rey, Mia, Arturo, and Lola (Sasha Calle).

First up among this family’s issues is whether Rey can learn to trust Mia again. He believes that she’s worth it, which is where the next part of this couple’s arc begins.