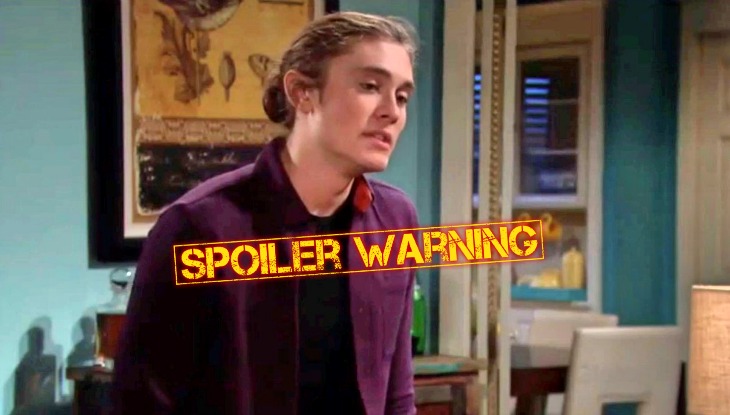 “Young and the Restless” spoilers for Tuesday, December 11, tease that Nikki (Melody Thomas Scott) will share some horrifying news. At Victoria’s (Amelia Heinle) place, Nikki shows off the clothes she found in her bed. Victoria determines that the person responsible had to be close to this mess. He or she was able to slip past security, so the threat’s revving up.

Reed (Tristan Lake Leabu) arrives soon after and greets his family members. They’re surprised to hear he’s back for a holiday break – and even more surprised to learn he intends to spend it getting answers. Reed wants to know more about J.T.’s death. While Victoria’s busy getting Reed’s stuff upstairs, Nikki grabs Victoria’s wine glass and sneaks a drink.

Young and The Restless Spoilers – Billy Needs A Distraction

Over with Phyllis (Gina Tognoni), she meets Nick (Joshua Morrow) at the house and assures him she was just tying up some loose ends. At Abbott home, Billy (Jason Thompson) needs a distraction. He wants to go out on the town with Abby (Melissa Ordway), but she feels like it’s pointless. Everything’s closed up that late.

You into some Christmas drama? @YandR_CBS #YR pic.twitter.com/lCJ3O7G7Jn

The next morning, Jack (Peter Bergman) speaks with Billy about Phyllis. He finds out they didn’t reunite and thinks it’s time for Billy to let it go. Meanwhile, Abby’s got an idea thanks to her conversation with Billy. She wants to turn part of her new building into a restaurant that becomes a bar late at night.

After Abby makes her pitch to Nick, he’s not as enthusiastic as she would like. Nick notes the risks and points out he doesn’t have time to help her with this. Abby rants about the setback to Arturo (Jason Canela), but ultimately decides Devon (Bryton James) is just the person to help.

Young and the Restless Reed Wants To Talk to Rey

Back with Reed, he talks to Victoria and Nikki about Rey (Jordi Vilasuso). The teen’s eager to chat with the detective and learn more about the J.T. case. When Reed finds out J.T.’s body is missing, he’s hopeful. Reed feels like his father could still be out there somewhere, but Nikki and Victoria try to tone down his optimism.

Nick heads out, which leaves Phyllis to face an angry Victoria. Phyllis thinks anything that puts suspicion elsewhere is a good thing, but Victoria doesn’t believe it’ll work. She explains the clothing discovery and insists that Nikki wouldn’t let Victor be held responsible for her mess.

Nikki catches up with Jack across town and admits she slipped up. He hears about the drink she had and wonders what the problem is. After Nikki comes clean about all her stress, she vows to attend an AA meeting. Jack’s pleased and wants to go along with her. He eventually calls Kerry (Alice Hunter) and gets the ball rolling on a fun date.

At the coffeehouse, Reed sits down with Billy and asks for his take on the J.T. situation. Billy believes J.T. is dead, but he’s sympathetic to Reed’s pain. He advises Reed to get a better grip on his anger, but Reed’s determined to make the killer pay.

Nikki reconvenes with Victoria and decides she won’t be pushed around any longer. When Victoria asks about the plan to prove Victor’s innocence, Nikki tells her daughter to watch and learn. “The Young and the Restless” spoilers say some great drama’s ahead, so don’t miss all the twists and turns. We’ll give you updates as other Y&R details and rumors emerge. Stay tuned to see what’s next in Genoa City.