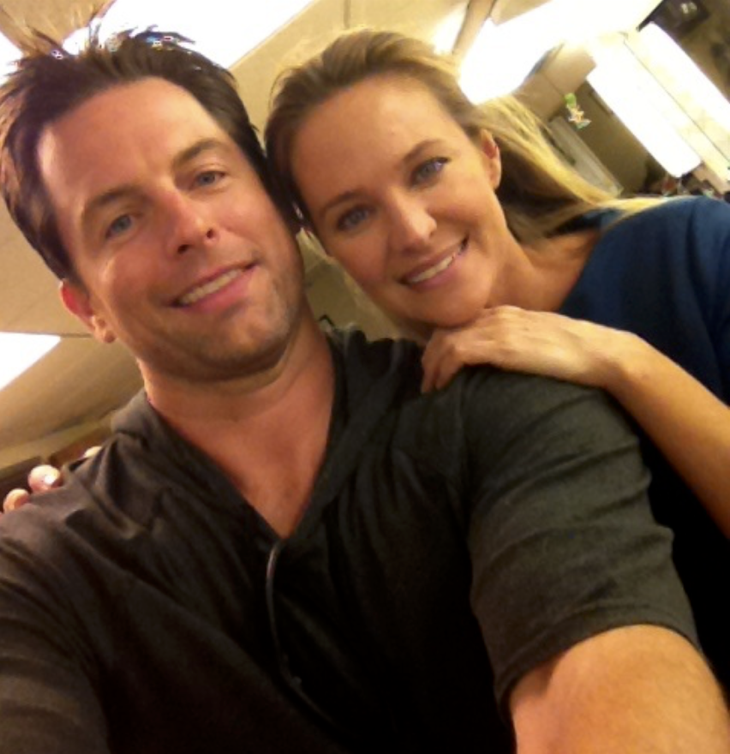 Young and the Restless star Sharon Case and Y&R alum Michael Muhney posted a series of videos on Twitter that gave the fans all the feels for the previous CBS soap opera on-screen couple status. They proved that they may not be on the show together anymore, but they remain close.

Sharon and Michael attended a Christmas party. They posted a series of video of them singing and dancing. Sharon tagged the images #Christmas, #love, #Friendship, and #Holidays. In one of the videos, Michael mouths a few quotes from Goodfellas, while Sharon and Michael’s wife look at him like he’s lost his mind.

Sharon has been one of Michael’s biggest supporters. Through the accusation that he sexually harassed one of his co-stars, she remained by his side, expressing her opinion that it was a misunderstanding. Years after the alleged incident, Michael spoke out and said that he never did anything inappropriate with any of his co-stars. He believes the reason the reason he was let go was that he was difficult to work with.

Unlikely to return to Y&R

Despite the outcry from Y&R viewers, Muhney will probably not return to the show as Adam Newman. If Adam returns, it will probably be another actor. Michael expressed interest in resuming the role of Adam. At this point, CBS has not released any plan to recast the character.

Muhney’s friendship with Case is very sweet. Not only is Sharon close to Michael, but she is tight with his wife. Don’t forget to come back later for more Young and the Restless (Y&R) spoilers, news, and casting updates!

A Star Is Born ✨ https://t.co/ubwis2jgGL

The Young and the Restless Spoilers: Fen Goes After Kyle’s Girl