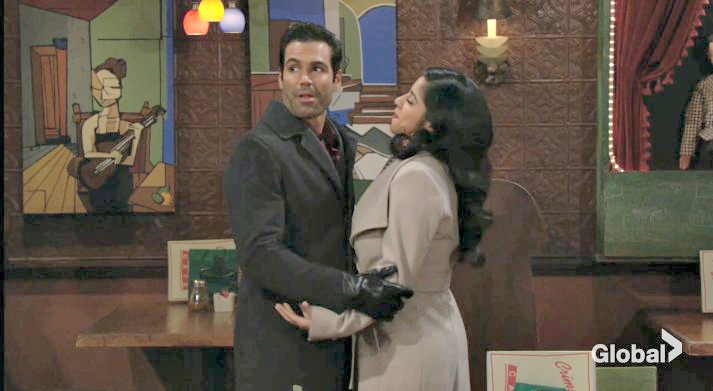 The Young and the Restless (Y&R) spoilers tease that Rey (Jordi Vilasuso) could have a twisted revenge plan in mind to get back at Mia (Noemi Gonzalez) for sleeping with Arturo (Jason Canela). And, what’s worse is his plan will tangle Sharon (Sharon Case) in the mess. If all goes according to his plan, he will get ultimate paybacks on Mia for sleeping with his brother.

Y&R Spoilers – Is Rey In Love With Mia

Rey told Sharon that he was in love with Mia and that is why he is working hard to make it work. He even blamed himself for her sleeping with his brother. He suggested he worked too much, among other excuses. As someone who has been cheated on, Sharon didn’t think he was at fault but support his decision to make his marriage work.

Young and The Restless Spoilers – Sharon Backed Off

Sharon and Rey have chemistry and they shared a passionate kiss. Sharon was ready to move on and get to know him when Mia came into town. However, she respected that he wanted to work on his marriage and decided to distance herself from him so Mia didn’t suspect she was interested in her husband.

Sharon gave Rey a gift card to take Mia to dinner at the top of the tower.

Rey’s twisted revenge is to gain Mia’s trust and then betray her by sleeping with Sharon. He wants her to hurt as much as he did. Rey believes the only way for Mia to completely see his wrong she was by cheating on him is to have it done to her. Right or wrong, Rey believes in his plan. Sharon just happens to be the one he’s using to get payback on his wife’s cheating ways.

Do you think Rey really cares for Sharon? Don’t forget to come back later for more the Young and the Restless (Y&R) spoilers, news, and casting updates!

Bold and the Beautiful Spoilers: Is Taylor a Threat? Liam believes Hope Is In Danger

General Hospital Spoilers: Sonny Suspects Griffin Framed Like Carly, Will He Step Up To Help Him?