Young and The Restless Spoilers: Reed Hit and Run on Nikki, Driving On Suspended License 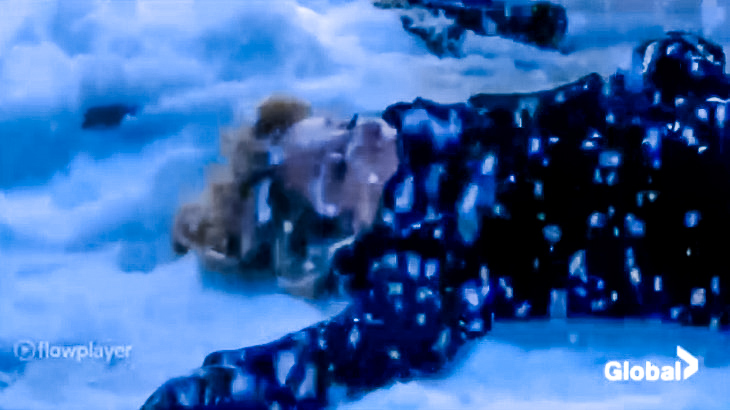 The Young and the Restless (Y&R) spoilers for the week of December 17 tease that Nikki Newman (Melody Thomas Scott) will become the victim of a hit and run accident. Reed Hellstrom (Tristan Lake Leabu) will hit her and he leaves her on the side of the road in a freezing cold blizzard.

Charlie (Noah Alexander Gerry) is having trouble dealing with all the drama in his life. His mother, Lily (Christel Khalil) is in prison serving a hard time for her role in Hilary’s (Mishael Morgan) death. And if that isn’t bad enough, his girlfriend moved halfway across the country. It’s only natural the kid would have trouble processing it all.

The teen decides, like so many other teens, to turn to booze to self-medicate. He gets drunk and he isn’t able to drive his car. Reed offers to drive him home, even though he isn’t supposed to drive. Reed’s license is still suspended. Reed thought he would just drop him home and then hitch a ride to his house. However, things on soap operas rarely go according to plan.

Next week on #YR, Nikki gets drunk, walks out of the GCAC & gets hit by Reed, driving Charlie’s car because Charlie drank. They don’t see her and leave her in the street. A passerby finds her. Nate recognizes her at the hospital, does surgery & says he’s not sure she’ll survive. pic.twitter.com/83Zrte22WK

The weather starts getting really bad and Reed struggles to see the road. Charlie tries to grab the wheel and he isn’t letting Reed focus on the road. Reed hit something, but when they go outside, they don’t see anything. Nervous about driving, he decides to drove off and he leaves a freezing and hurt Nikki on the side of the road.

Victoria (Amelia Heinle) learns of her mother’s accident and she’s determined to find out who hit her mom. Reed begins to put the pieces together and he concludes that he hit Nikki, his own grandma. He ends up confessing to his mother. He admits he didn’t come forward sooner because he was worried, he would get in trouble for driving without a legal driver’s license.

Will Nikki be okay? Will Reed get in trouble for the accident? Don’t forget to come back later for more Young and the Restless (Y&R) spoilers, news, and casting updates!