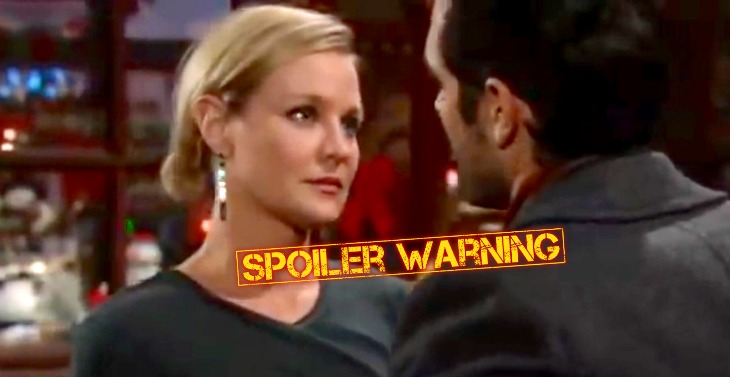 “Young and the Restless” (YR) spoilers for the week of Monday, December 17, 2018, through Friday, December 21, 2018 tease that we will have a week filled with a life hanging in the balance, one refuses to talk to another, and let’s not forget plenty of drama. We have a very exciting week heading our way and you will not want to miss a moment of the action!

This week Nikki Newman (Melody Thomas Scott) will be fighting for her life after Reed Hellstrom (Tristan Lake Leabu) accidentally runs her over during a snowstorm. Nikki has resorted back to her old ways and has been hitting the bottle again. Nikki will be drunk stumbling around when Reed is unable to see her due to his windshield being covered by snow and accidentally hits her.

Nikki will have to undergo emergency surgery and the doctors will not be sure if she is going to make it. Victoria Newman (Amelia Heinle) will be heartsick after getting the call that her mom is in the hospital and is critically injured. Do you Y&R fans think the writers would actually kill off Nikki?

Young and the Restless Spoilers – Mariah Mad At Her Mom

Meanwhile, Mariah Copeland (Camryn Grimes) will still be very angry with her mom, Sharon McAvoy (Sharon Case) and will refuse to talk to her. Mariah will stand her ground on what is important to her and that is protecting Tessa Porter (Cait Fairbanks) from Sharon, Nikki Newman, Victoria Newman, and Phyllis Summers (Gina Tognoni). However, Tessa will push Mariah to talk to her mother and they will have to figure out how to put their differences aside and get past their animosity. Do you Y&R fans think Sharon just has Mariah’s best interest at heart?

Y&R Spoilers – For The Other Members of Genoa City …

As you can see we have a very eventful week coming up, so make sure to stay tuned to CBS’s “The Young and the Restless” to see all the drama unfold. Don’t forget to check often with Soap Opera Spy for all your latest spoilers, news, updates, and much more!