Young And The Restless Spoilers: Billy Wants Phyllis Back – Hope For Philly? 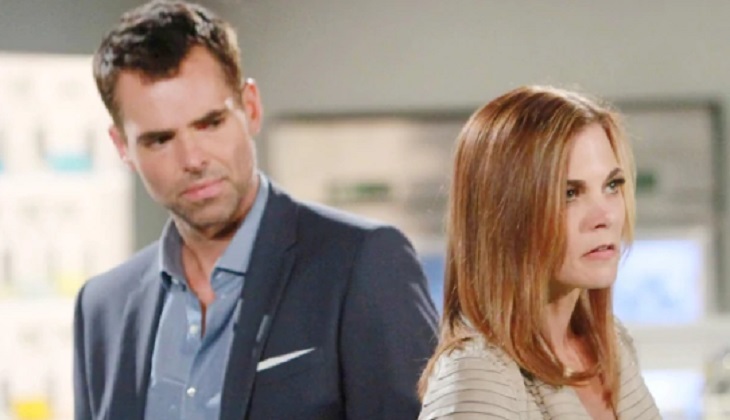 The Young and the Restless (Y&R) spoilers tease that Billy Abbott (Jason Thompson) wants Phyllis Summers (Gina Tognoni) back and he believes he has a plan to do it. With the plan to win back the love of his life, does that mean Villy is over for good?

Billy and Phyllis have been working together on a project. They are trying to come up with a brilliant marketing plan to get their new products on the market before Ashley Abbott (Eileen Davidson) releases hers. It would give them a leg up in the competition.

While working together, Phyllis and Billy felt a connection. They felt drawn to each other. Billy picked up on the fact that Phyllis isn’t as over him as she admitted and he begins to wonder if they can rekindle their romance for another try.

End of Phick On Young And The Restless?

The Y&R fans have not been too happy with the matchup of Phyllis and Nick Newman (Joshua Morrow). Phyllis and Nick were toxic together and it lasted for far too long in most of the viewer’s minds. Nick jumped into a relationship with Phyllis—even asked her to move in—just weeks after his breakup with Sharon Newman (Sharon Case. If something happens between Billy and Phyllis, would that pump the breaks on Phyllis and Nick’s new and rekindled romance?

For several months, Victoria Newman (Amelia Heinle) and Billy’s fanbase—affectionately called Villy— have begged for the once married couple to reunite again. Executive producer. Head writer Mal Young urged the viewers to be patient, suggesting a reunion was in the works.

However, it doesn’t look like that is happening anytime soon. In fact, it may never happen. Its hard to believe that Victoria would ever trust Billy after she learns he slept with her niece, Summer Newman (Hunter King).

Who do you think Phyllis is best with—Billy or Nick? Don’t forget to come back for more Young and the Restless (Y&R) spoilers, news, and updates!