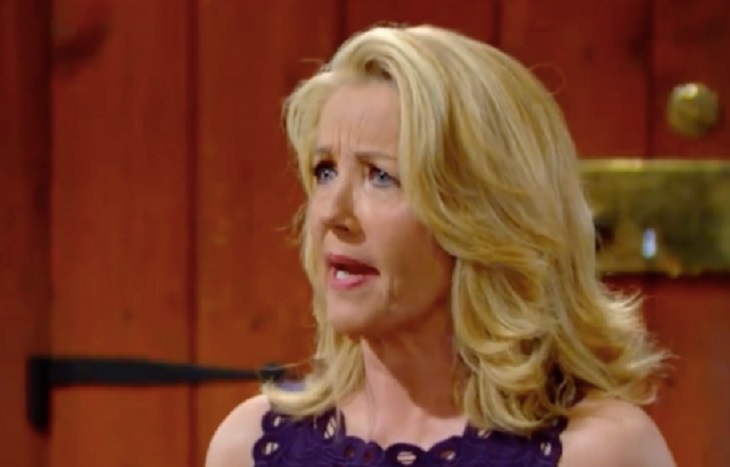 The Young and the Restless spoilers indicate that Nikki Newman [Melody Thomas Scott] is about to press her luck and unfortunately, pay for her actions. As a matter of fact, the weeks leading up to Christmas are going to be anything but merry for some of our favorite Genoa City characters, as The Young and the Restless will be seeing plenty of holiday danger, reunions, and even the appearance of a mysterious figure.

According to Young and the Restless spoilers, Nikki is doing her best to cover her tracks for the rest of the ladies. She also wants to stop Victor Newman’s madness, as his behavior has been getting out of hand.

Unfortunately, she will find herself in the hospital after a brutal attack that will leave her health in serious danger. She will be fighting for her life, with her loved ones by her side on Christmas Day.

Elsewhere, Sharon is trying to keep the holiday spirit alive by throwing a huge party. Jack has Kerry on his radar. Don’t be surprised if you see the two under a mistletoe before Christmas.

There’s a strong possibility that Mariah and Tessa will finally make up while Billy and Victoria will try to give their children the best Christmas ever. But what everyone wants to know is whether or not Billy and Victoria are looking to just co-parent together or if they want to be more than friends again.

Also, Young and the Restless spoilers tease that a mysterious figure will appear, giving Victoria, Phyllis and Sharon something to worry about. Of course, fans will have to tune in to find out what will happen next!