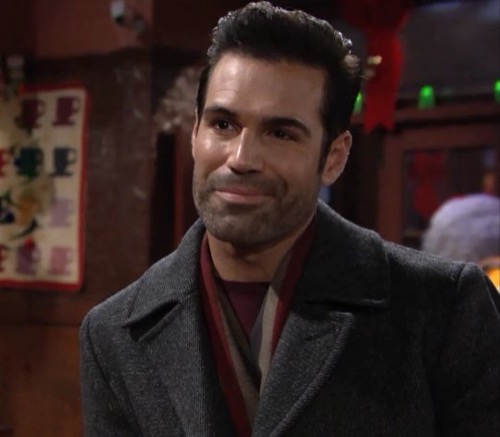 “Young and the Restless” (Y&R) has wrapped up filming for the year and they will return in January 2019. Soap star Jordi Vilasuso posted a picture on Twitter that created panic. It led to the speculation that someone is leaving the show. Is it possible one of the Rosales family members are exiting the soap opera?

Jordi plays Rey Rosales on Y&R and he is in the middle in the big storyline. He is investigating the Newmans’ connection to JT Helllstrom’s (Thad Luckinbill) death. The actor posed in a picture with Jason Canela (Arturo Rosales).

“Wrapping up our last day of shooting on @youngandrestlesscbs w/my bro @jasoncanela. The friendships & work that I experienced with this talented cast on the legendary show has been 1 of the most fulfilling gigs of my career. Here’s 2 finishing the year strong and to a gr8 2019! #YR,” Vilasuso tweeted.

Wrapping up our last day of shooting on @youngandrestlesscbs w/ my bro @jasoncanela .The friendships & work that I experienced with this talented cast on this legendary show has been 1 of most fulfilling gigs of my career!Here’s 2 finishing the year 💪 and to a gr8 2019! 🙏 #yr pic.twitter.com/qh44QbhZMO

Wait, is someone leaving Y&R?

Many of Jordi’s followers picked up on a goodbye vibe from his tweet. Some pointed out it sounded like a thank you and goodbye tweet. And, if he isn’t leaving, does that mean someone else is.

Of course, this is heightened by the fact showrunner Mal Young was ousted earlier in the week. His firing has promised to bring back a few fan favorites. The main one being Doug Davidson (Paul Williams). If Paul comes back, will Y&R need Rey as a detective?

The meaning behind his tweet is probably nothing like the overthinking Y&R dedicated fans believe. It’s possible his tweet was just goodbye for the season and we’ll see you in January. That would make much more sense.

Do you think Jordi or any of the Rosales family are leaving the show? Don’t forget to come back later for more The Young and the Restless (Y&R) spoilers, news, and casting updates!