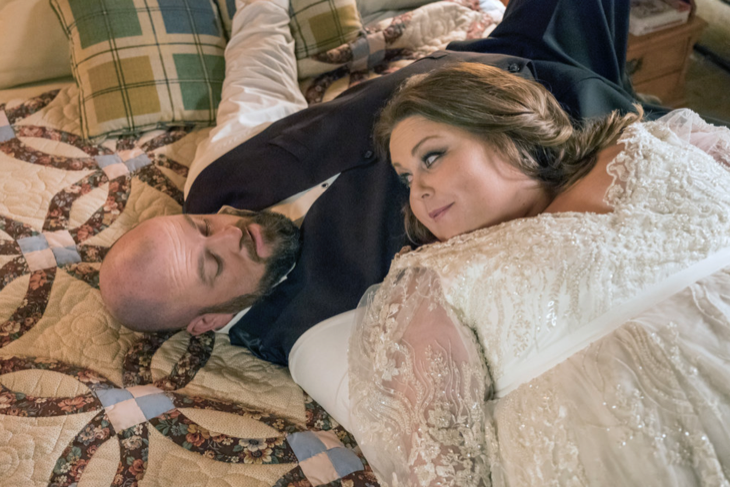 Watching This Is Us has always been a wild ride. You never know what they may throw at you and you always have to have a box of Kleenex within arm’s reach. Apparently, Katie Pearson’s (Chrissy Metz) pregnancy will not be an exception to this hard-fast rule. There is going to be a twist that the fans never saw coming.

On the October 23 episode, This Is Us revealed that Kate is pregnant after a successful IVF round. After her heartbreaking miscarriage, it was news that the fans were thrilled to hear. Kate’s pregnancy will be high-risk, and she could race serious complications. Now, add Toby’s (Chris Sullivan) severe depression to the mix, it could create tension between Toby and Kate—especially considering he went off his anti-depressant without letting his wife know beforehand.

“Toby and Kate are going to have a bit of an unconventional parenting situation. Not unconventional in that people aren’t doing it, but not what I think either of them ever had in mind … It’s going to be challenging for me as an actress, which I’m excited about — scared but excited,” Chrissy Metz said.

What is The Twist?

While Metz could not reveal the twist exactly, but she said that it is something that no other network television show has ever done. She said that she is “hopeful” that Kate’s pregnancy will result in “at least” one child.

Many This Is Us fans were immediately shocked by her comment. Did she just reveal that Kate is going to have more than one baby? Being that, Kate had IVF that would not be such a stretch.

This is Us Season 3 Spoilers: Chrissy Metz Teases New Information About Finale

Whatever the massive twist is, Chrissy said that the fans will have to tune into This Is Us to find out. What do you think the twist is? Would you like to see Kate have twins or triplets?

Don’t forget to come back later for more This Is Us spoilers, news, and casting updates!

The Young and the Restless Spoilers: Jack Wants To Win Kerry’s Heart Or Is He Using Her To Spy On Jabot?