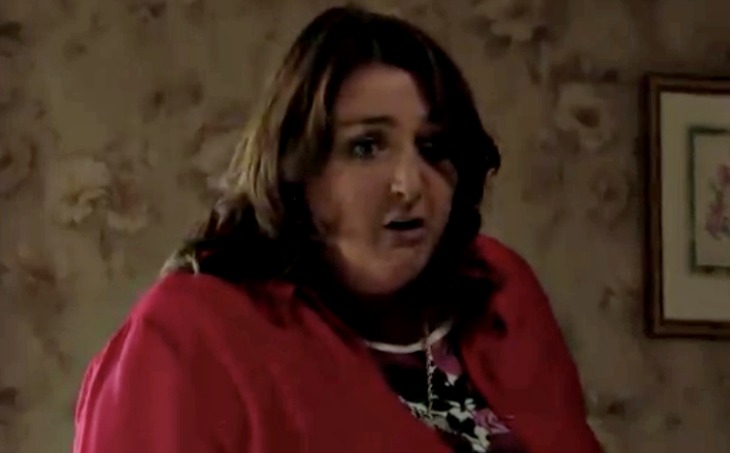 Hayley, played by Katie Jarvies, had to give birth alone on Halloween after her car broke down while she was driving herself to the hospital. Fortunately, she and her baby were safe. But that’s not the end of it. After that terrifying situation, the new mom is set to face another devastating ordeal. Instead of supporting her daughter, Bev criticizes everything that Hayley does. She knows Hayley is currently in a fragile state and does all she can to get her daughter wrapped around her fingers.

She most certainly has something brewing. Bev tells Hayley to get some air and as soon as she steps out. Bev takes a picture of the baby. Hayley comes back and hears her mother talking to someone over the phone. Horrified at what she just discovered, Hayley immediately confronts Bev, who tries to convince her that she’s just doing what’s best for baby. Will Bev succeed? Will Hayley agree to her mum’s plan to give up the baby?

As soon as Kat and Jean feel that something was going on, Hayley tells them about her mum’s plan, which is to put her baby up for adoption. This angers Kat and confronts Bev for being manipulative. The latter gets some time alone with Kat and offers her a deal to split the money that she will get if she jumps on board with her plan. Will Kat decline or accept the offer?

“You’ll destroy her if you don’t do this.” #EastEnders pic.twitter.com/CzW971b7Pv

Elsewhere, Cora issues an official statement to her solicitor about Max and Rainie’s fake marriage. She also divulged that Rainie slept with Max’s brother Jack, who had no choice but to admit the truth. Cora talks to the couple bluntly, which infuriates Rainie.

Don’t forget to watch next week’s episode to find out what’s next in EastEnders.