The Young and the Restless (YR) Spoilers: The End Of Philly – Billy Distances Himself From Phyllis 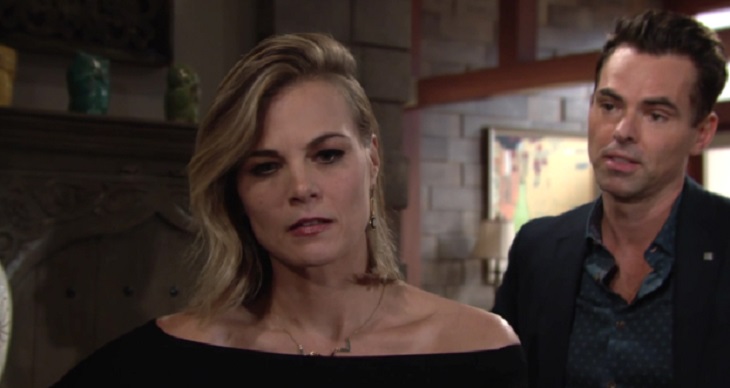 ‘Philly’ had a longer run than expected by many on ‘The Young and the Restless’. Unless something changes the current dynamic this couple appears to be heading to a full breakup. Hopefully that doesn’t happen because the two actors whose efforts have helped to create this couple are strong.

Some thought the chances that Phyllis (Gina Tognoni) and Billy (Jason Thompson) would ever get together were zero. So, even if this couple had only survived one day that would have represented a longer period than seemed theoretically possible.

Billy has fallen full-in to his gambling addiction again. Along with that he isn’t thinking straight, which is why he overreacted to Phyllis’ plea that he stop. Billy wants to play his current hand out, which is exactly the reckless frame of mind he held at past points in time.

Hardcore fans had every right to think that pushing Billy (as played by Burgess Jenkins when this duo was first written together) with Phyllis just wasn’t right. Some of those fans may have been thinking that Billy Miller and Michelle Stafford’s classic versions of their respective characters meant that Billy Abbott and Phyllis Summers were a mismatch. That was a fair assessment.

Good scripts, thoughtful pacing, and the collaborative efforts of Tognoni and Thompson (who assumed his half of this pairing shortly after it was started) soon created a ‘Philly’ buy-in. However, Summer (Hunter King) didn’t agree.

Upon her loud and disruptive return to Genoa City, Summer decided that Billy shouldn’t be with her mother. She targeted him and succeeded in mining his addiction, which led to the gambling gutter and the growing fissure with Phyllis.

It’s still possible that ‘Philly’ could repair itself. But Summer’s continuing personal offers to Billy, Phyllis’ recent dalliance with Nick (Joshua Morrow) and her interactions with Jack give Tognoni’s character options.

‘Phack’ or ‘Phick’ could reform. ‘Silly’ (meaning Summer and Billy), well, that’s a possibility that would upend this Wisconsin burg this, uh, summer.