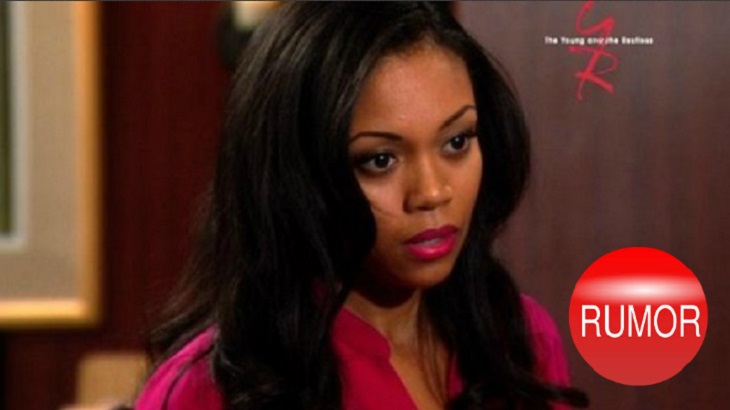 Hilary (Mishael Morgan) is about to pass away on ‘The Young and the Restless’. The injuries she suffered in that horrific car accident will prove too much for even this fierce fighter to bear. While the Hilary character is being written out, will this superb actor eventually return to the show in a new role?

Morgan recently bid farewell to the cast and crew. She also said goodbye to fans via social media and through a Y&R chat session. Classy moves that obviously reflected the mutual good feelings that exist between her and all involved on both sides of the screen.

Choosing to step away from a career in daytime as she prepares to give birth to her second child is the right decision for her. It’s one that’s lauded by all who truly believe in empowered choices, as the job of being a parent tops all others in any field of employment. All the best if offered to Morgan and her family.

Y&R is currently renewed through 2020. If all goes well, it will be renewed again, possibly for an extended period, as proved true during its current three-year green light. Even two years feels like forever in the daytime world.

Morgan has bid goodbye to Hilary. Unless dire health circumstances change, there’s an otherworldly reprieve offered, or an unknown recast will eventually occur, Ann Turner-Hilary Curtis-Hilary Hamilton is gone, forever. But Morgan’s talent surely implies that another persona could be played someday.

Considering Hilary’s spirited personality, it’s possible that her light-hearted twin could arrive someday? Yes, that would be the opposite of the evil twin redux scenario. Then again, Morgan could play an entirely new character who isn’t biologically connected to Hilary. But either role, or one that hasn’t been considered could be created as well.

Fans of ‘The Young and the Restless’ rightfully express their opinions on a regular basis. So, will Mishael Morgan eventually rejoin the cast in a new role?

The Young and the Restless (YR) Spoilers: The End Of Philly – Billy Distances Himself From Phyllis