The Young and the Restless (YR) Spoilers: Sharon’s Girls Meeting – Goofy and Appealing 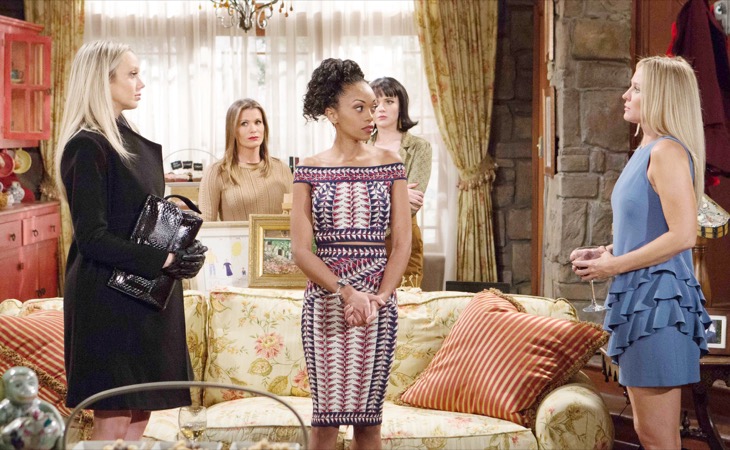 Sharon (Sharon Case) decided to throw a party for herself on ‘The Young and the Restless’. While some may see that idea as goofy, others surely felt it was appealing.

Regardless of what any Y&R fan might believe about Sharon’s ‘I’m Alright’ event, the good news is – she seems to be doing okay. Thankfully, it doesn’t seem like executive producer and head writer Mal Young is going to regress Case’s character.

Spoilers: The Young and the Restless (YR) Spoilers: Scott and Abby Ponder A Future Together

Just a few days after kicking Scott (Daniel Hall) out of her life and home, Sharon was in an upbeat mood. She wasn’t hiding in the cottage. She hadn’t gone off her meds, or abused alcohol. She wasn’t planning to burn down the rebuilt Ranch. Instead, Sharon gathered some friends and acquaintances and talked things out.

Ordway’s imminent departure from the cast, at the time this early January episode was filmed, served to set up this scene. Abby apologized to Sharon for all that happened and genuinely was seeking to make amends. The scene’s wink also implied what the cast’s baby shower for Ordway was like. Friends celebrating what really matters, sans drama.

Hilary has become a champion of rapprochement. So she served as the unofficial host of this soiree. Her hopes for resolution were generally realized, as Sharon accepted Abby’s offer. But neither of Scott’s former girlfriend’s wanted to hug it out, which made sense.

Y&R’s creative use of an empowerment theme must have rang true with a segment of the audience. Those who have gone off-track themselves likely benefited from the Cottage catharsis.

Hardcore Genoa City fans surely enjoyed many of the old-school Y&R references to past contentious issues. Devotees also digested the possibility that some of the participants might advance their storylines by collaborating in the future, rather than fighting.

The Young and the Restless (Y&R) Spoilers: Graham Drops a Massive Bombshell On The Abbott Family