The Young and the Restless (YR) Spoilers: Summer Attempts To Seduce Billy, Will He Come Clean To Phyllis? 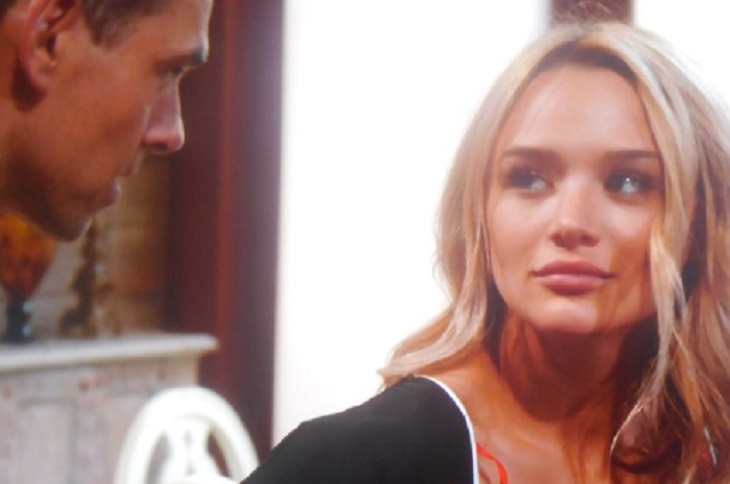 Billy (Jason Thompson) should have told Phyllis (Gina Tognoni) what Summer (Hunter King) has been doing on ‘The Young and the Restless’. He didn’t and that established a traditional soapy problem.

One of the hallmarks (no, not the channel that cablecasts light-hearted, self-produced movies) of a daytime dilemma involves one character has been able to avoid trouble if he (or she) had only been direct with another character as a storyline is first starting.

That’s what’s just begun to play out in Genoa City this, ugh, summer. Yes, that play on words will, unfortunately, have to be used from time to time within this digital space and within others moving forward when Summer, the just-returned character, is referenced.

Is it believable that Billy is trying to avoid creating further problems between his girlfriend Phyllis and her snarky daughter, Summer, by not revealing what King’s character has been suggesting? Maybe, but let’s allow more scripts to be performed before knee-jerking a critique that could prove too harsh.

Let’s address a subjective point before proceeding. It is interesting to see King return to the cast. She’s a good actor and has embraced the ego-pumped up version of her young adult character. As Billy implied to Phyllis, in a way she doesn’t yet comprehend, Summer is no longer the sweet kid she once was.

Basically, Summer explored the world on her own the past two years and learned that she had the power to influence people, often times meaning guys. As Phyllis has already admitted, she’s dealing with a younger version of herself. Parental justice for those who lived selfish lives.

These summer games (again, ugh) will continue until Billy puts a stop to them by telling Phyllis what her daughter has been suggesting. Summer’s ability to turn the issue around on Billy increases the longer he puts off the inevitable. And, he better hope that Summer’s aggressive actions don’t force the end of ‘Philly’ before that happens.

Billy, tell Phyllis what’s been going on! If you don’t you will play into Summer’s seeming trap this, umm, summer.

Days of Our Lives RUMOR: Lani Loses The Baby?