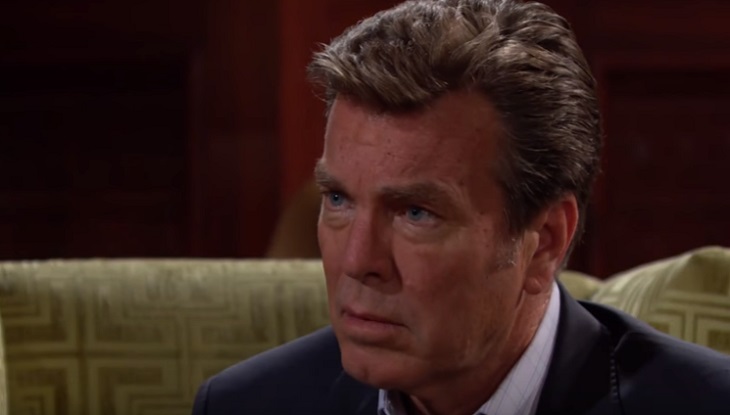 At the athletic club, Victor (Eric Braeden) and Arturo (Jason Canela) face off after the latter arrives with Abby (Melissa Ordway). Arturo suggests that he received Victor’s message loud and clear. However, the tickets and botched deals are going to change anything. Arturo intends to be in Abby’s life, so Victor will just have to deal with it.

Victor snarls that Arturo had better not hurt Abby. There’ll be a steep price to pay if he breaks her heart. Afterward, Nick and Sharon show up with Faith. Christian’s nanny passes him over to Nick, who updates Victoria (Amelia Heinle) and tells the tot they’ll be reunited soon. Victor doesn’t think his son should make promises he can’t keep, but Nick insists this one will come true.

At Devon (Bryton James) and Hilary’s (Mishael Morgan) place, they discuss their steamy night as well as impending fatherhood for Devon. Later, they head across the hall to announce their reunion. Neil (Kristoff St. John), Lily (Christel Khalil) and Cane (Daniel Goddard) are all surprisingly supportive.

Over with Charlie (Noah Alexander Gerry), he sneaks out and joins Shauna (Camryn Hamm) in the other penthouse. Lily finds them smooching and breaks things up. She lets them know that she’ll always be watching. Afterward, Charlie rejoins Mattie (Lexi Stevenson) and the others for some special Father’s Day moments.

At the Abbott mansion, Jack (Peter Bergman) and Kyle (Michael Mealor) come together as well. Kyle talks about pitching in with Dina (Marla Adams), who’s made her daddy a card. Jack takes a look at it and sees that Dina was abandoned. He thinks his mom’s later actions make more sense now.

Kyle praises Jack for being a good dad and wants to help him track down his own. Jack eventually locates a box that might contain clues. He finds a key before Dina spots him and reclaims her belongings. Jack shows the key to Kyle and notes that it could help him learn the truth.

“The Young and the Restless” spoilers say some stunning info’s on the way. We’ll keep you posted as other Y&R details and rumors emerge. Stay tuned to see what’s ahead on the CBS soap.