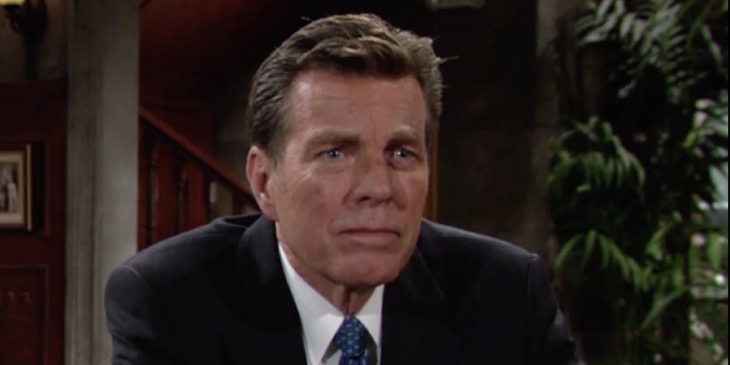 Many people are wondering if Jack (Peter Bergman) will learn that he’s an Abbott after all on ‘The Young and the Restless’. It’s a reasonable thought to have. But it could be that Y&R is re-imagining this legacy character’s backstory, which would change Jack forever?

Okay, so is John (Jerry Douglas) Jack’s real dad? The argument against that answer being yes, as was always thought, is currently based on circumstantial evidence.

Ashley (Eileen Davidson) took the stunning information Abby (Melissa Ordway) learned in one of Dina’s (Marla Adams) interview sessions and had a DNA test conducted. Traci’s (Beth Maitland) hair sample was compared to Jack’s. Neither person knew what was happening, as Ashley had a trusted friend conduct the scientific procedure.

The non-sibling result between Jack and Traci was rejected after Jack learned about his identity question. He believed that Jill (Jess Walton) couldn’t be counted on to have been loyal to John. So Mr. Whoever had his sample tested against Billy’s (Jason Thompson). Again, no sibling match was found.

If savvy soap fans concluded that both tests didn’t erase Jack from the Abbott family’s heritage, then why couldn’t Jack, or anyone else realize that as well? Storyline stretch is the reason.

Traci could be found to have a father other than John, as Dina could be misremembering the sequence of her dalliances. Billy could also learn that Jill cavorted with someone while she was with John. It’s possible that Jill doesn’t even realize Billy is another man’s child. And recent news has shown that Walton is again filming episodes, which surely means that she will have some interplay in Bergman’s storyline.

Jack needed to be sent on a journey that would last awhile. With whatever he discovers, Jack must test his DNA against whatever remnants of John remain somewhere. If there are none then an exhumation must happen.

Jack, the Abbott family, and loyal Y&R viewers deserve to be given a conclusive answer by Labor Day weekend, at the latest. But a climax somewhere around July Fourth would be preferable.

This is Us Season 3 Spoilers: Kevin’s Vietnam Trip Leads To Another Big Mystery?

The Young and the Restless (YR) Spoilers: Summer Attempts To Seduce Billy, Will He Come Clean To Phyllis?