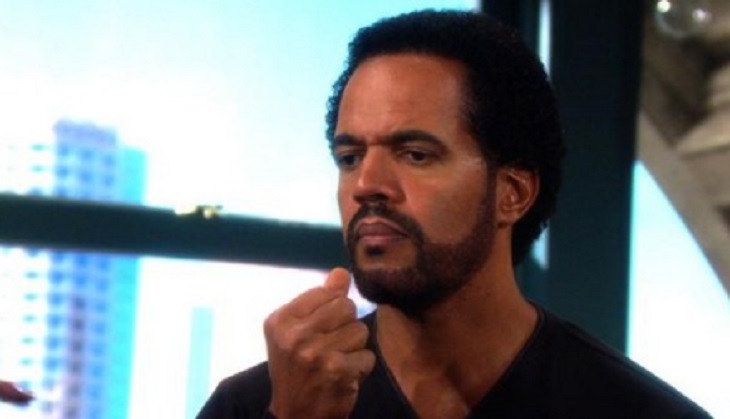 Devon (Bryton James) and Lily (Christel Khalil) need guidance on ‘The Young and the Restless’. Thankfully, Neil (Kristoff St. John) will soon be home to advise his children. Whether they respond to his experience is an open question.

As Y&R viewers know, St. John has returned to the set after taking a leave of absence that began late last year. The actor was confronting depression issues that took hold leading into the third anniversary of the tragic death of his son Julian. St. John’s fans and all people of goodwill have been and will continue to keep him and his family in their prayers, while also helping to promote awareness of mental health issues.

Neil has been helping to care for Moses (Dax Randall) in recent months. As viewers recall, Devon and Lily previously referenced the car accident that Sofia (Julia Pace Mitchell) was in, which necessitated Neil’s need to leave Genoa City a number of months ago.

While he’s been away, Devon has grown increasingly closer to Hilary (Mishael Morgan). Lily recognizes that as trouble. Neil is likely to agree with his daughter’s assessment about his ex-wife.

Devon believes that buying GC Buzz from Hilary furthers the goals of the Hamilton Winters Group. But there are other popular online sites that he could have acquired, but none of them would have included Hilary in the deal.

Considering the obvious jeopardy that Devon has put himself into, it’s fair to ask why Lily would also be in need of Neil’s assistance? ‘Lane’ was able to resolve marital and expanded family issues. But Lily’s move from Newman Enterprises to HWG puts her in between Devon and the woman he still loves, whether he admits that truth, or not.

Lily has already allowed herself to be triggered by what’s developing between Devon and Hilary. Yes, at his insistence, she told her brother that she would accept his decisions. But fans know Lily. She’ll be inclined to involve herself in her brother’s life because she’s now working within the same space as Hilary.

Neil was Hilary’s first target when she came to GC. He, more than anyone, including Devon, has an arguably greater depth of experience in effectively dealing with her. So Neil’s pending return to town should prove beneficial to both of his children.