The Young and the Restless (YR) Spoilers: Jack Tries To Be Normal – Abbott Battle Rages 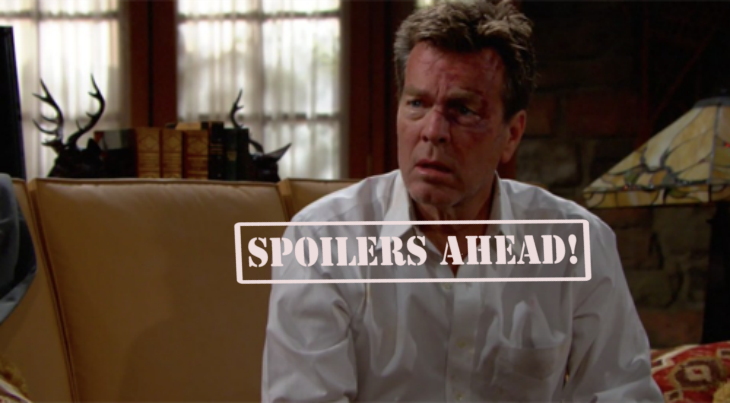 Jack (Peter Bergman) took off on ‘The Young and the Restless’. But now he’s back. Acting normal in the face of yet another Abbott battle spells trouble. What else is new?

Billy (Jason Thompson) did not seek to fill the power vacuum when his erratic brother goofed out of town. He did not want to sit in Jack’s chair. But Ashley (Eileen Davidson) engineered a scenario, planned a meeting, and had her little non-biological brother installed as Jabot’s Chief Executive Officer. Yes, genetic specifics in the last sentence had to be written and read in order to be true to this storyline.

Ashley and Billy didn’t know how long the temporary executive fix would be needed, as Jack’s disappearance was a mystery. They even allowed themselves to consider if he was dead. Thankfully, Neil (Kristoff St. John) met with Mr. Whoever at the Abbott cabin.

Neil relayed where Jack was and what condition he was in. Ashley and Billy were less grateful than outraged by the report. They couldn’t believe that Neil allowed Jack to remain alone with an illegally obtained pill bottle. Ah, there’s that Abbott group offspring gratitude.

A frightful dream had Dina (Marla Adams) claiming that Victor (Eric Braeden) was Jack’s real father. Madame Mergeron then appeared at the cabin to chide her reckless son about his behavior. Both visions were induced by alcohol, but not by those pills.

Actually, the subconscious shockers did serve a purpose. Jack steadied himself, in part through bad coffee which wasn’t obtained from a haughty national chain, and headed back to the Abbott family home. Family? Yes, that remains a questionable term regarding these people.

Ashley and Billy were surprised to see John, Junior. Jack advised that he’d taken a car back, learned that Neil rightfully reported his whereabouts, and then promised surprises at work.

Oh ‘Jackie-boy’! He’s ever the drama king. The world revolves around his everything, or so the once and possibly always son of John Abbott (Jerry Douglas) thinks.