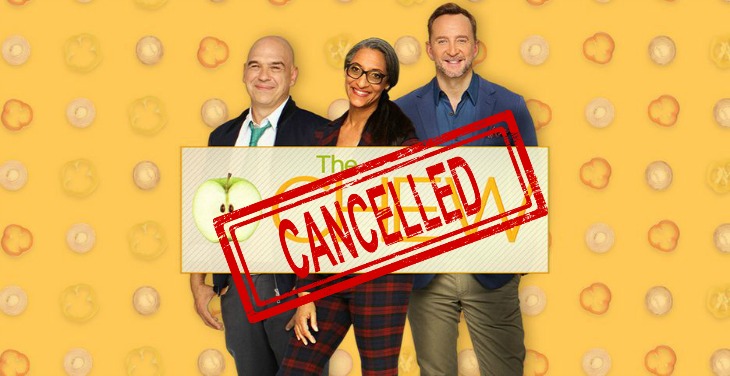 It looks like another one bites the dust! Daytime television fans were rather disappointed several years ago when they found out that their beloved soap All My Children would be replaced by a daytime cooking television show by the name of The Chew. And now that viewers have finally gotten used to the show, ABC is pulling the plug on The Chew after just seven seasons.

According to reports, The Chew will now be replaced by the Emmy Award-winning morning show Good Morning America, which will expand to three hours. The new third hour of the highly rated television news show will air at 1pm EST.

“Over the past six years ‘Good Morning America’ has solidified its place as America’s No. 1 morning show,” said Ben Sherwood, co-chairman, Disney Media Networks, and president, Disney|ABC Television. “We believe there is great opportunity for viewers and advertisers in expanding to a third hour.”

He continued, “While this is the right decision for our business, it is also bittersweet. For seven years ‘The Chew’ has delighted audiences by delivering innovative food segments in an entertaining atmosphere. We applaud and thank Gordon Elliott, Aimee Householder, Michael Symon, Carla Hall, Clinton Kelly and the entire cast and crew for their great work and amazing run. And we wish them the very best.”

For a lot of critics, it makes sense for the network to capitalize on Good Morning America’s current ratings success. The third hour will feature more news, more pop culture, more special guests and of course, all of the compelling interviews and live events that viewers love to tune in for.

Good Morning America airs weekdays on ABC. Check your local listings for times. And as always, don’t forget to come back to Soap Opera Spy for all the latest news, updates and spoilers on General Hospital, The Young and the Restless, The Bold and the Beautiful and all of your favorite daytime television shows right here!

The Young and the Restless (YR) Spoilers: Jack Tries To Be Normal – Abbott Battle Rages