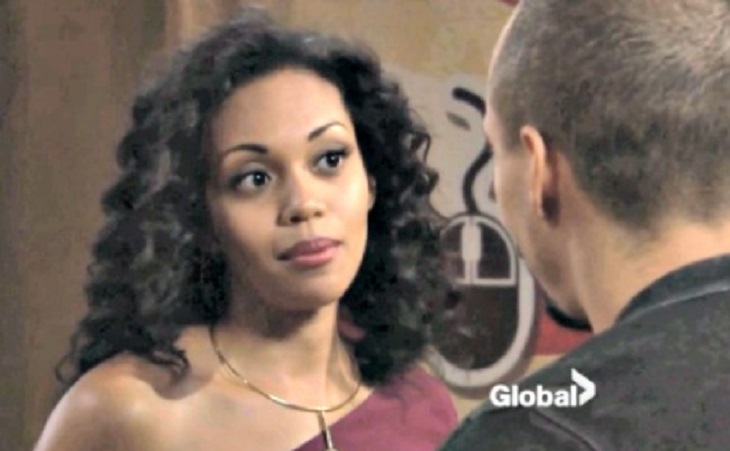 Hilary (Mishael Morgan) has been behaving much differently than she ever has on ‘The Young and the Restless’. She’s ready to have a baby and has gotten Devon (Bryton James) to agree to her plan. The hoped-for ‘Hevon’ reunion isn’t on, but subconsciously Devon to his ex-wife again, which Hilary senses.

Being around Sam changed Hilary’s focus. She saw that her career, while exciting, actually provided empty opportunities. What is life without love? Existence, is one painful answer.

Cane’s (Daniel Goddard) son has also affected Devon’s outlook. He’s finally come to admit that he sees Hilary in a different light. That’s why he was willing to cross a threshold that appeared impossible within recent months.

Devon took Sam to the Genoa City Athletic Club. While there Mr. Hamilton thought about Hilary, as she’d been forbidden by ‘Lane’ from being with the little guy due to what was recently revealed. As Y&R viewers recall, Juliet (Laur Allen) pursued faux charges against Cane after being prodded by Hilary last year.

Hilary’s subsequent call-down to the main dining room led to Devon’s surprising admission. He’d been thinking about Hilary’s baby suggestion and had made a decision. He wanted to have a child with her, but felt that ‘Hevon’s’ ship had sailed.

As human emotions go, it stands to reason that Devon’s revived connection to Hilary will continue to deepen. If she becomes pregnant, as expected, his emotions will surely become protective. He’ll find himself looking out for his forthcoming child’s best interests, but also, naturally, Hilary’s.

‘Hevon’ Part I didn’t go well, but did end well. The amicable parting surely suggested that both parties would eventually repair.

He’s not outwardly admitting that he wants Hilary to chase him, but that’s what Devon’s persona is evidencing. He likely doesn’t even realize that what’s happening is a slow walk back toward a full commitment. The birth of their child will probably be the moment where ‘Hevon’ is reborn, is this couple hasn’t reformed before then.