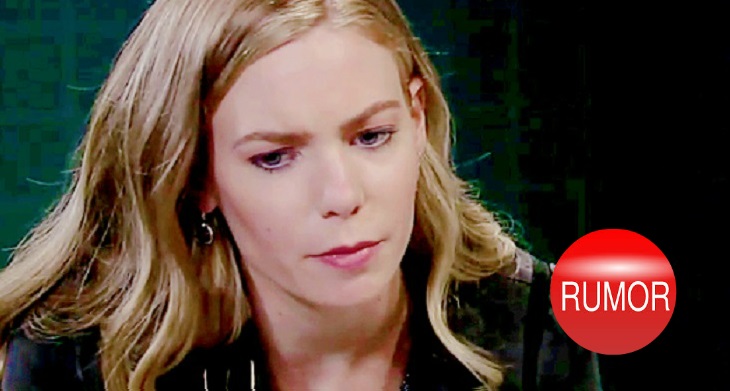 General Hospital’s Michael (Chad Duell) has set his plan to get rid of Nelle (Chloe Lanier) into motion.  Nelle plans on Michael not surviving this trip.  Who will survive and at what cost?

Brad (Parry Shen) has just loaded Baby Wiley into the car headed for home.  Michael is on the way to GH with Nelle.  In the previews, we see headlights headed for Michael’s car.  ABC has not told us who the other victims in the crash are.

However, with Michael headed to GH and Brad just left, they could meet.  Only Brad, Alexis (Nancy Lee Grahn), and Julian (William DeVry) know that Wiley is in that car. No one would know if Nelle was to steal Wiley to pass off as her own.

Brad and Lucas (Ryan Carnes) have been terrified something would go wrong. Fear is usually foreshadowing of something going wrong.  Julian wondering when he would hold Wiley again is another clue. Nelle would end up broke without the baby.  Nelle would stop at nothing to get what she wants.  Stealing her “friends” baby would be nothing new.

Brad Would Be Completely Distraught

If the baby gets hurt under General Hospital’s  Brad’s watch, he would be too distraught to notice a change.  Brad is already nervous about dealing with the baby alone.  Brad certainly would not expect his “friend” to steal his child. Brad will be much more concerned that Lucas never met the baby. Brad would blame himself.  More than likely, Brad would be sure Julian will kill him.

Michael Could Be In A Coma

If rumors are true and General Hospital’s Michael is fighting for his life, he won’t know what happened. Michael would likely be unconscious and unaware of the birth.  Nelle is determined so moving after giving birth is possible.  Frankly, we wouldn’t be surprised if Nelle tried to choke Michael to kill him off.

If Michael is seriously injured, Nelle is going to try and take over his estate.  Most fans are hoping that Jason’s (Steve Burton)  pen actually has disappearing ink.  However, neither the Quartermaine’s or the Corinthos families are likely to let Nelle have control.

Could it be possible that the marriage license wasn’t filed?  Could Alexis escalate Michael’s will? The PCPD has the recording, could that be enough to take Nelle down?  How long will it be until the truth about the babies come out if a switch happens?  Hopefully, this mess comes to an end soon and the reign of Nelle is over.