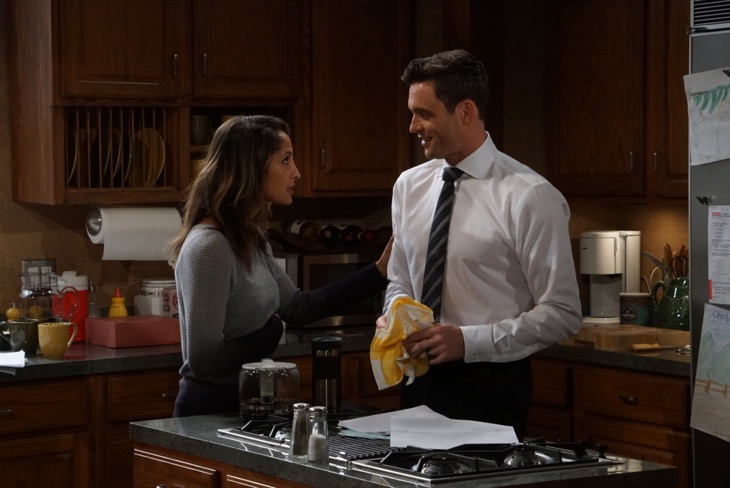 Nothing is certain in our world, or on ‘The Young and the Restless’. While Lily (Christel Khalil) welcomed Cane (Daniel Goddard) back to their family home, she’s come to a mental crossroad where Sam stands as the human roadblock.

Anyone would naturally exhibit feelings in response to what happened between Cane and Juliet (Laur Allen). As devoted Y&R fans recall, Lily didn’t kick Cane out because she learned that Juliet was pregnant. Instead, it was the foolish DARE commercial shoot fiasco and resulting blackmail of her husband that proved too much to bear.

A key aspect of the Paris accord that Lily and Cane reached was the one-on-one nature of their negotiation. That took place in this couple’s historic, touchstone location. However, the now-realized reality of what’s resulted from their agreement to get back together has sunk in.

After arriving in Genoa City, Lily had to confront the reality of Cane and Juliet’s son moving in. That’s who Sam is, really. At this stage of his young life Lily can only see him as a replacement of his mother.

Lily’s split feelings involve having missed her husband and his place in their children’s lives, while also feeling Miss Helton’s unwanted aura through Sam’s presence. Lily thought of this boy’s name, it was a fitting way to honor Cane’s deceased sister. However, caring for Sam during his infancy isn’t something Mrs. Ashby has been able to come to grips with yet.

Interestingly, Mattie (Lexie Stevenson) and Charlie (Noah Alexander Gerry) also have a split take on this issue. Mattie, like her mother, continues to work through personal feelings. Charlie reacted, but has since come to logical terms with everything. He’s been supportive of his dad and brother for awhile.

It’s fair to wonder if the ‘Lane’ reunion isn’t being written as a ruse, but instead a moment. No, Y&R hasn’t teased this recoupling. That’s happened. But will Lily be able to bond with the boy who has, in effect, become her stepson? If she can’t, the Ashby marriage would be done.

Fans of ‘The Young and the Restless’ rightfully express their opinions on a regular basis. So, will ‘Lane’s reconciliation last, or is this couple destined to end? Please vote in our poll below!